That fiscal heft, although not approaching the hundreds of millions of dollars billionaire George Soros has given to various anti-Israel campaigns, is not only firing up Jewish American potential Romney voters, it has incensed many in the Obama camp.  The National Jewish Democratic Coalition recently took down a petition it had posted, calling on candidates to return any donations from what they suggested were “dirty money” donations from Adelson.  Although NJDC chair David Harris said he stood by the facts in the petition, for purposes of “shalom bayit” he said they decided to take it down.

This May the left-wing organization J Street kicked off their election effort with an email attack on the campaign contributions of Adelson.  Ironically, J Street originally claimed not to have received any funding from Soros, but it was later disclosed that a significant portion of the budgets for their first few years was covered by Soros and his family members.


There will be a “significant number” of ads that will be aired, leading up to the November elections.  A second stage in the campaign will be the opportunity for ad viewers to visit a website called mybuyersremorse.com and upload their own stories about why they, as voters who had supported Barack Obama in 2008, will now be supporting the Republican candidate.  Like Michael Goldstein in the first ad, the RJC anticipates there may be many Jewish voters who have never before voted for a Republican for US president.

Romney is scheduled to arrive in Israel on July 28 as part of a trip that will also take him to England and Poland. He is slated to meet with Prime Minister Benjamin Netanyahu while in Israel for what his aides say will be a “learn and listen” session.

Rafi Harkham contributed to this article. 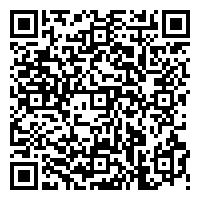