I expect the way one chooses to describe Tuesday morning’s defeat of the Citizenship and Entry into Israel Law (Temporary Order), 5763-2003, depends on one’s political allegiance, whether to the Lapid-Bennett coalition government that spans from Yamina and New Hope on the right of Likud to Meretz and RA’AM to the left of Labor; or to the right-wing bloc and the Joint Arab List, which are even stranger political bedfellows.

Otzma Yehudit chairman MK Itamar Ben-Gvir stated in response to the vote that the fall of the law is the beginning of the fall of the Lapid-Bennett government: “We voted against the law wholeheartedly, especially after the agreement between Ayelet Shaked and RA’AM, which would have harmed Israel’s security and the entry of 1,600 ‘Palestinians’ into the country.”


Ben-Gvir was referring to the desperate attempt by Interior Minister Ayelet Shaked to secure the support of RA’AM and Meretz by setting the law’s sunset at six months and guaranteeing the entry into Israel of PA Arabs who would pass her ministry’s scrutiny. And, yes, Shaked and Bennett were humiliated by their former friends on the right and were forced into striking a deal with RA’AM chairman Mansour Abbas which effectively disabled the law.

Following the vote, Meretz MK Issawi Frej told Radio Nas that there were actually more than 3000 Palestinian Authority families who would have have been granted legal status in Israel by the deal, but they didn’t want to publicize that beforehand, because of the Right.

Ben-Gvir also provided the reason for Shaked’s last-minute fall off the cliff, when he stated: “Naftali Bennett and Ayelet Shaked sell the State of Israel and break all promises to their constituents. The vote today marks the beginning of the political end of the Bennett – Mansour Abbas government.”

Shaked’s desperate deal with Abbas and Meretz convinced one Yamina MK to change his mind and vote against the law.

While two RA’AM MKs, including Mansour Abbas, supported the law, and two other RA’AM MKs abstained, and while Labor MK Ibtisam Mara’ana voted against despite orders from her faction leader – Yamina MK Amichai Chikli voted against the law, after he was expected to vote for it, specifically because of the new side deals made with Meretz and RA’AM.

Chikli subsequently describe this coalition as “Shatnez”, a forbidden mixture, and as hanging by a thread on the voices of Meretz and RA’AM.

One also has to imagine what is the driving force behind Meretz, Labor and RA’AM voting for a bill they are absolutely ideologically opposed to. The answer is Benjamin Netanyahu, still heading up the Likud and returning to power is a most powerful motivator, and the only thing holding this “Shatnez” coalition together.

Now, Yamina leaders Bennett and Shaked must deal with two critical issues: first, they may decide to declare Chikli a dissident MK, which Shaked has demanded.

This would deny Chikli any committee assignment in the current Knesset and also ban him from joining for the next election any other party that was part of this Knesset. The price for that declaration is a near guarantee he will never vote with Yamina again in this Knesset, and without even the most minimal majority in his own coalition, Bennett can’t afford that.

The second, Abbas may now demand his pound of flesh in the form of 1,600 admissions of PA Arabs into Israel (or 3000 families, as per Frej), never mind that the law didn’t pass. A deal is a deal, and he kept his end of that bargain.

Then, of course, there are the potential losers, those Israelis who will eventually die in a suicide bombing attack or some other act of mass murder that will be perpetrated by the PA Arab or their son or daughter, after said Arab gained legal residency or even citizenship because there was no firm legislation that blocked them at the gate.

Unfortunately, this isn’t a threat in the realm of the hypothetical.

The law, which was defined as a temporary provision, was approved by the Knesset on July 31, 2003, following a cabinet meeting in 2002 in which it was decided to freeze the granting of citizenship as part of family reunification between the citizens of Israel and the residents of Judea, Samaria, and the Gaza Strip.

The explanatory memorandum that was attached to the bill stated:

“Since the outbreak of the armed conflict between Israel and the Palestinians, which has led, among other things, to the carrying out of dozens of suicide bombings in Israeli territory, there is a growing involvement in this conflict of Palestinians who are originally residents of the area who carry Israeli identity cards following family reunification proceedings with Israeli citizens or residents, taking advantage of their status in Israel—which allows them free movement between the territories of the PA and Israel.”

The event that drove this legislation was the attack on Park Hotel in Netanya, also known as the Seder Night Massacre, a suicide bombing designed by Hamas on the night of the Seder 5762, March 27, 2002. Thirty Israelis were killed in the attack and 160 injured. In terms of the number of casualties and deaths, this was the most serious suicide bombing in Israeli history.

The man who drove the Hamas suicide bomber in search of a good hotel to blow up had been a beneficiary of family reunification with his Israeli Arab bride.

Likud MK Avi Dichter, who ended up joining the opposition in voting to kill the law, wrote a few weeks ago:

“I was the head of the Shin Bet at the time. I remember well the wave of approvals of family reunification requests that the state was inevitably required to approve in the midst of the second Intifada. Some of those who came in through family reunification took part in severe suicide bombings and other attacks, taking advantage of their ability to move around Israel with a vehicle with yellow license plates and a blue ID card (both normative aspects of Israeli citizenship – DI). This is how the people who drove the suicide bomber to the Park Hotel in Netanya acted on the Seder eve of 2002, as did many other suicide bombers who killed and wounded hundreds of Israelis.”

Data shows that over the last 20 years, there have been dozens of cases of Arab terrorists abusing their access to Israel through unification to carry out terror attacks, and even the children of such unifications have also been involved in terror attacks in recent years.

According to Nadav Shragai of Israel Hayom Arab children from a “reunified” family are 3 times more likely to be involved in terrorism than the general Israeli-Arab population, and that number rises to 12 times in Jerusalem and the Negev.

Here’s what’s going to happen as a result of the success of the opposition parties, both right-wing Jews and anti-Zionist Arabs: Interior Minister Ayelet Shaked promised that despite the failure of the renewal attempt of the law, she would continue to reject petitions from PA Arabs for reunification with their Israeli spouses on a case-by-case basis.

Here’s what’s wrong with that promise: while the now dead law gave interior ministers since 2003 a simple, proven means of blocking potential terrorists from infiltrating Israel to become legitimate citizens, the case-by-case examination will likely involve an average of 1,000 applicants a year, and each one of those applicants will be supported by EU-funded NGOs who will sue the minister on their behalf in the High Court of Justice.

And while the dead law has been challenged and approved by the court several times, there’s no way the same court would endorse the blocking of every single one of those petitions.

Finally, Religious Zionism chairman Bezalel Smotrich offered a cogent explanation as to what happened around the failed law, and, possibly, a direction for saving it. “All the while, the government refused to hold even one discussion in order to reach agreements with the opposition and preferred to reach dangerous agreements with supporters of terrorism,” Smotrich wrote.

He is right, of course, with two noted exceptions. From the start, Shaked believed the security concerns involved from killing the reunification law would shame the right-wing opposition to support it or end up appearing like they sold out Israel’s security for a political win. She was simply outmatched by the greatest political wizard in Israel’s history bar none, opposition leader Benjamin Netanyahu.

But there’s a second issue that Smotrich didn’t mention. The opposition was demanding a new, constitutional immigration law, “Basic Law: Immigration,” to replace the annual provision. Never mind that such a law would have taken more than a week or so to write—the opposition agreed to extend the law by six months to that end, except even that amount of time appears too short. And that would have been a victory for the opposition.

A regular law would have been easily thrown out by a progressive Supreme Court which already declared their skepticism to this law on concerns it might be discriminatory, but they allowed it as a temporary measure. But the Supreme Court hasn’t yet overthrown a Basic Law. Until now, despite Israel having had right-leaning coalitions, there was never a large enough right-wing majority inside the Knesset to pass this bill as a Basic Law, which ironically, there actually is now.

It’s also true that Shaked and Bennett became engrossed in their pursuit of a political win and disregarded the path of cooperation with the folks on the other side of the aisle. In light of all of the above, I wish them success in humbly approaching the opposition with a proposal to work together on new legislation that would solve the terror problem and maintain Israel’s democratic values. 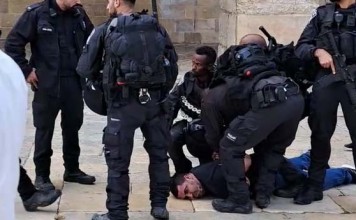 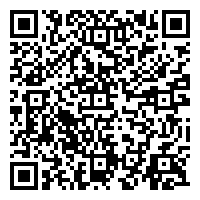