Over 100 rockets fired from Gaza struck southern Israel this past week, with 65 of those rockets clobbering Israeli communities in the northwestern Negev in a single day, on Wednesday.

In the worst of the rocket escalations, a home in the Sdot Negev Regional Council was directly hit by a rocket on Wednesday, with the mother and her child home at the time. Miraculously, they were able to make it to the bomb shelter seconds before the rocket struck their home and were not injured. “My wife and son were saved by a miracle,” said the father of the family to Ma’ariv, who was at work during the attack.


Children on their way to their last day of school were also miraculously saved when they mounted a school bus, just minutes before a rocket struck across their bus stop on a kibbutz in the Eshkol Regional Council.

“This has been a very stressful time for us,” said Ronit Minaker to Tazpit News Agency, a spokeswoman for the Eshkol Regional Council, which is comprised of 31 communities located along the border with the Hamas-controlled Gaza Strip. “You hear the sounds of war everywhere and there is this feeling of constant pressure on your mind and in your body. You’re always watching yourself, thinking where you will take cover the next time the siren goes off,” Minaker explained.

“Not everyone here has a bomb shelter. The worst is for the families. There are parents who lay over their children to protect them when the siren sounds.”

Minaker points out that there are times when there is no Color Red siren—the warning sound system which allows people approximately 15 seconds to find cover–which means that Gaza rockets will strike without warning. “In one of the Eshkol communities this week, there fell a barrage of six rockets with no siren. It was mazal [luck] that none of those rockets directly hit a home. But countless people were left in shock, including several women,” said Minaker.

One Eshkol residents who is currently recovering from the shock of a sniper attack that took place last week, is Max Yadgar of Kibbutz Nir Oz.

Yadgar, a farmer, was on his tractor plowing fields about 400 meters from the Gaza border, when a Palestinian sniper opened fire on him Thursday, June 14.

In an exclusive interview, Yadgar described to Tazpit News Agency how the sniper shot at him above his head and right under his seat. Glass shattered everywhere leaving Yadgar with just a scratch on his face.

“I crawled down from the tractor and hid behind the big wheel for protection, waiting for 15 minutes until IDF troops came get me,” recalls Yadgar.

“It was a very scary experience and I’m still not completely past it. I took a few days off and time has been the best medicine so far. I went to a synagogue and prayed. All I have is a scratch on my face from this attack but inside I’m rattled.”

However, Yadgar says he will return to the fields next week, although he will not work in the same field where he was attacked. A husband and father of four children, Yadgar concludes that he will “plow the fields further away from the Gaza border for now.”

Located in the northwestern part of the Negev, the Eshkol Regional Council was established in 1951, and was later named after Israel’s third Prime Minister, Levi Eshkol in 1969. The communities of Eshkol serve as strategic outposts, supporting the IDF in the defense of Israel’s Southern Front during war. Made up of 14 kibbutzim, 15 moshavim and two residential communities, 12,500 Israelis call Eshkol their home. Today much of the region is engaged in industrial, agricultural and farming activity, producing 50 percent of Israel’s tomatoes and potatoes.

Many farmers like Yadgar have come under Palestinian sniper fire over the past few years. In 2008, the IDF asked farmers from Kibbutz Nir Oz to stop harvesting the potatoes during the day, and to instead conduct the harvest at night in order to lower the risk of sniper attacks.

Despite the challenging conditions, Minaker emphasizes that the people of Eshkol are strong and steadfast. “People aren’t leaving because of the situation, in fact more people are moving to Eshkol. There is a very strong sense of community and a supportive framework here,” she explains. 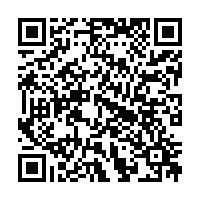