In response to the murder of Ari Fuld, HY’D, the head of the Efrat Regional Council has approved plans for the establishment of a neighborhood on Givat Eitan, a hill in the eastern section of Efrat.

Dozens of residents came to the site shortly before sunset last Monday to mark the decision, and began preparing the site.

The new neighborhood is expected to carry Ari’s name, although ultimately, the decision has yet to be finalized.

But the move of new residents to the area, and in fact the decision by the Efrat Regional Council to even approve the construction of the new neighborhood is, in itself, a Zionist response to the murder of Ari Fuld, HY’D, a Jewish hero. 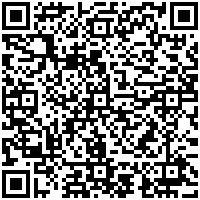