After more than 20 years, preparatory land work is to be carried out to establish a permanent neighborhood in the small community of Ibei Hanahal, in southeastern Gush Etzion.

“Work is starting on a permanent neighborhood with 96 housing units,” according to the Gush Etzion spokesperson.

At the beginning of 1999, Ibei Nanahal was established with the support of the State with a nucleus of 10 pioneering Breslev Hassidic families. Over the years many more young families joined, mostly from the established communities of Western Gush Etzion. Today the community is home to around 50 families.

After years of planning and working with the appropriate planning authorities and the government, in August 2019, the community was registered in Taba (meaning it received Land Authority approval), through the Civil Administration.

In a few more months the first group of residents will start building their permanent homes, the Gush Etzion spokesperson said.

At the beginning of last month, at a time when the exit from the coronavirus pandemic still wasn’t a certainty, the regional council didn’t wait; instead, the first stages of land development of the area were started.

The 96 housing units are to be built according to the design of the homeowners, and in two stages – 61 units in the first, and 35 in the second.

“We can now envision the tractors working in the field towards the construction of 96 units, which is a true Zionist endeavor to strengthen Judea and Samaria, here at the edge of the desert, as we expand our building and strengthen our presence in Gush Etzion.” 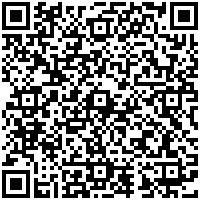