United Arab Emirates Foreign Minister Anwar Gargash said on Tuesday that political differences with Israel on certain issues did not mean the countries could not work together in other areas.

In a video address to the American Jewish Committee’s Global Forum 2020, Gargash said the coronavirus pandemic “will not change the fundamentals of regional politics,” but added that the experience of international cooperation to combat the pandemic created opportunities to de-escalate tensions and resolve conflicts through diplomacy, referring specifically to the Iranian threat and the Israeli-Palestinian conflict.

“We have no relationship with Israel, but the pandemic is an area where we have to cooperate together because it affects human beings,” said Gargash. “I think we can have a political disagreement with Israel and try to bridge other differences.”

The UAE was not breaking any new ground in engaging with Israel, he said.

The foreign minister underscored however that the UAE was a partner in the Arab consensus that backs a two-state solution to the Israeli-‘Palestinian’ conflict, including direct bilateral negotiations for a peace agreement.

He also noted that the UAE’s cooperation with Israel to send aid to the Palestinian Authority via the United Nations did not change Abu Dhabi’s position on Israel’s plan to extend its sovereignty to the Jordan Valley and parts of Judea and Samaria.

“America is our main and most important strategic ally. We want to see an America engaged in the region. When the U.S. is engaged, we are better,” he said. 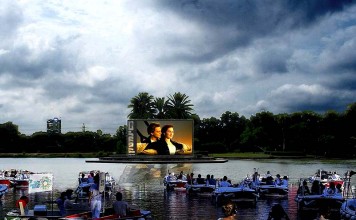