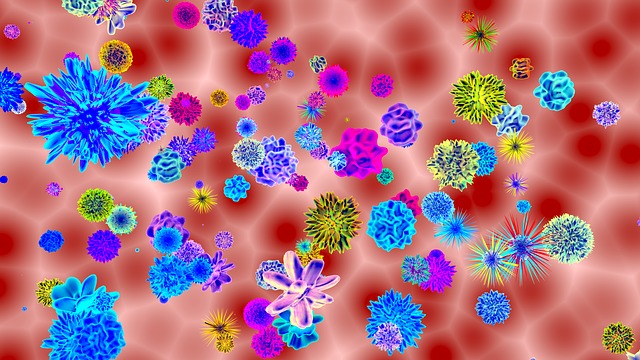 A groundbreaking Tel Aviv University study has discovered about 100,000 new types of previously unknown viruses – a ninefold increase in the number of RNA viruses known to science until now. These viruses were discovered in global environmental data from soil samples, oceans, lakes, and a variety of other ecosystems. The researchers believe that their discovery may help in the development of anti-microbial drugs and in protecting against agriculturally harmful fungi and parasites.

The study was led by doctoral student Uri Neri under the guidance of Prof. Uri Gophna of the Shmunis School of Biomedicine and Cancer Research in the Wise Faculty of Life Sciences at Tel Aviv University. The research was conducted in collaboration with the US-based research bodies NIH and JGI, as well as the Pasteur Institute in France. The research was published in the prestigious journal Cell (Expansion of the global RNA virome reveals diverse clades of bacteriophages), and comprised data collected by more than a hundred scientists around the world.

Viruses are genetic parasites, meaning they must infect a living cell to replicate their genetic information, produce new viruses, and complete their infection cycle. Some viruses are disease-causing agents that can cause harm to humans (such as the coronavirus), but the vast majority of viruses do not harm us and infect bacterial cells – some of them live inside our bodies without us even being aware of it.

Uri Neri says that the study used new computational technologies to mine genetic information collected from thousands of different sampling points around the world (oceans, soil, sewage, geysers, etc.). The researchers developed a sophisticated computational tool that distinguishes between the genetic material of RNA viruses and that of the hosts and used it to analyze the big data. The discovery allowed the researchers to reconstruct how the viruses underwent diverse acclimation processes throughout their evolutionary development to adapt to different hosts.

In analyzing their findings, the researchers were able to identify viruses suspected of infecting various pathogenic microorganisms, thus opening up the possibility of using viruses to control them. Prof. Gophna: “The system we developed makes it possible to perform in-depth evolutionary analyses and to understand how the various RNA viruses have developed throughout evolutionary history. One of the key questions in microbiology is how and why viruses transfer genes between them. We identified several cases in which such gene exchanges enabled viruses to infect new organisms. Furthermore, compared to DNA viruses, the diversity, and roles of RNA viruses in microbial ecosystems are not well understood. In our study, we found that RNA viruses are not unusual in the evolutionary landscape and, in fact, in some aspects they are not that different from DNA viruses. This opens the door for future research, and for a better understanding of how viruses can be harnessed for use in medicine and agriculture.”