A new study at Tel Aviv University revealed a mechanism through which “good” viruses can attack the systems of “bad” bacteria, destroy them and block their reproduction. The researchers demonstrated that the “good” virus (bacteriophage or phage) can block the replication mechanism of the bacteria’s DNA without damaging its own, and note that the ability to distinguish between oneself and others is crucial in nature. They explain that their discovery reveals one more fascinating aspect of the mutual relations between bacteria and phages and may lead to a better understanding of bacterial mechanisms for evading phages, as well as ways for using phages to combat bacteria.

In 1896, Ernest Hanbury Hankin reported that something in the waters of the Ganges and Yamuna rivers in India had a marked antibacterial action against cholera and it could pass through a very fine porcelain filter. In 1915, British bacteriologist Frederick Twort, superintendent of the Brown Institution of London, discovered a small agent that infected and killed bacteria. He believed the agent must be one of the following: a stage in the life cycle of the bacteria; an enzyme produced by the bacteria themselves; or a virus that grew on and destroyed the bacteria.


Twort’s research was interrupted by the onset of World War I, as well as a shortage of funding and the discoveries of antibiotics—that miracle cure whose effective life span is declining before our eyes these days with the explosion of antibiotic-resistant bacteria.

The new study, published recently in PNAS – Proceedings of the National Academy of Sciences (A phage mechanism for selective nicking of dUMP-containing DNA), was led by Prof. Udi Qimron, Dr. Dor Salomon, Dr. Tridib Mahata, and Shahar Molshanski-Mor of the Sackler Faculty of Medicine. Other participants included Prof. Tal Pupko, Head of the Shmunis School of Biomedicine and Cancer Research and also of the new AI and Data Science Center; Dr. Oren Avram of the George S. Wise Faculty of Life Sciences; and Dr. Ido Yosef, Dr. Moran Goren, Dr. Miriam Kohen-Manor and Dr. Biswanath Jana of the Sackler Faculty of Medicine.

Prof. Qimron explains that the antibiotic resistance of bacteria is one of the greatest challenges faced by scientists today. One potential solution may lie in further investigation of the targeted eradication of bacteria by “good” phages; namely, understanding phage mechanisms for taking over bacteria as a basis for the development of new tools to combat bacterial pathogens.

With this intention in mind, the current study unveiled the mechanism by which the phage takes control of the bacteria. The researchers found that a phage protein uses a DNA-repair protein in the bacteria to “cunningly” cut the bacteria’s DNA as it is being repaired. Since the phage’s own DNA does not need this specific repair protein, it is protected from this nicking procedure. In this way the “good” phage does three important things: it distinguishes between its own DNA and that of the bacteria, destroys the bacteria’s genetic material, and blocks the bacteria’s propagation and cell division.

Prof. Qimron adds: “The phage takes advantage of the bacterial DNA’s need for repair, while the phage itself does not need this specific kind of repair. In this way, the phage destroys the bacteria without suffering any damage to itself. The ability to distinguish between oneself and others is of enormous importance in nature and various biological applications. Thus, for example, all antibiotic mechanisms identify and neutralize bacteria only, with minimal effect on human cells. Another example is our immune system, which is geared toward maximum damage to foreign factors, with minimal self-injury.”

The researchers discovered the process by searching for types of bacterial variants not impacted by this phage mechanism – those that have developed “immunity” to it. This inquiry led them to the specific bacterial mechanisms affected by the phage takeover. “We found that the ‘immune’ bacterial variants simply stopped repairing their DNA in ways that are vulnerable to the phage attack, thereby evading the phage’s destructive mechanism. Shedding more light on how phages attack bacteria, our findings may serve as a tool in the endless battle against antibiotic-resistant bacteria,” concludes Prof. Qimron.

The use of phages has continued since the end of the Cold War in Russia, Asian Georgia and elsewhere in Central and Eastern Europe. The first regulated, randomized, double-blind clinical trial was reported in the Journal of Wound Care in June 2009, which evaluated the safety and efficacy of a phage cocktail to treat infected venous ulcers of the leg in human patients. The FDA approved the study as a Phase I clinical trial. The study’s results demonstrated the safety of therapeutic application of phages, but did not show efficacy. The authors explained that the use of certain chemicals that are part of standard wound care (e.g. lactoferrin or silver) may have interfered with phage viability.

Shortly after that, another controlled clinical trial in Western Europe (treatment of ear infections caused by Pseudomonas aeruginosa) was reported in the journal Clinical Otolaryngology in August 2009. The study concludes that phage preparations were safe and effective for treatment of chronic ear infections in humans. Additionally, there have been numerous animal and other experimental clinical trials evaluating the efficacy of phages for various diseases, such as infected burns and wounds, and cystic fibrosis associated lung infections. 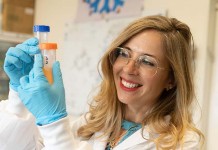 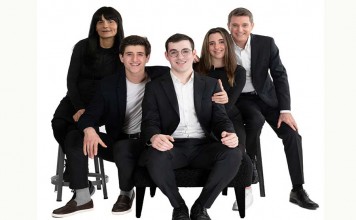 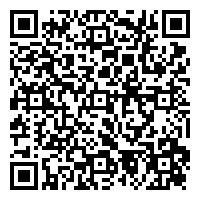