“We can assume that some respondents were less than forthcoming and that not all of them show up every year,” note the survey authors, adding, “Still, the fact that they state their willingness to show up has meaning – even if it is not every year – they still feel it is necessary to visit the Kotel on Tisha B’Av.”

About a third of Jewish Israelis fast on Tisha B’av. Like any other fast, some jews (36 percent) fast for the entire day, some (6 percent) fast only part of the day, and some (2 percent) avoid food but drink fluids. Fewer Israeli Jews fast on Tisha B’Av than on Yom Kippur. The study shows that Tisha B’Av is a more sectoral fast, unlike Yon Kippur, when many traditional and secular Jews partake in the fasting. For example, 91 percent of traditionalist Israelis fast the entire Yom Kippur, while only 27 percent of them do the same on Tisha B’Av. This difference is virtually nonexistent in the Haredi sector, where 97 percent fast on Tisha B’Av and 99 percent fast on Yom Kippur.

The JPPI survey asked about a number of fasts on the Jewish Calendar, and it turns out that the shorter fasts (dawn to dusk) are observed by fewer Jews – all either Haredi or Religious. A larger number of Jews observe the longer 25-hour fasts—Yom Kippur and Tisha B’Av. Thirty-one percent of Jews observe the religious tradition of not wearing leather on Tisha B’av and most of those who observe the fast also wear canvas shoes. 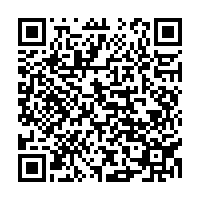