Once again, the coalition was forced to postpone a vote on a bill it had planned to promote after losing its majority at the Knesset’s plenum.

​The Knesset’s Plenum conducted a debate throughout Tuesday night ahead of the second and third readings on the proposed amendment to Basic Law: The Government (Amendment No. 11) which proposes that a person who has served in the post of Prime Minister for a continuous period of eight years will no longer be entitled to serve in the post. A period will be considered continuous even if the Prime Minister ceased temporarily to perform his or her duties due to temporary incapacitation.


In addition, several combined terms of office in the post of Prime Minister will be considered to be one continuous tenure, if no than four years have elapsed between one term of office and another.

The opposition views the as targeting former Prime Minister Benjamin Netanyahu, another attempt by the coalition to block his return to the premiership, even though the bill would not be applied retroactively.

Constitution, Law and Justice Committee Chair MK Gilad Kariv (Labor) presented the bill and declared that “Israel is not an empire, and turnover in its leadership is a guarantee of its democratic strength. Contrary to some of the winds blowing in this House and in the public discourse, Israel’s citizens elect parties and not candidates for Prime Minister, who think and act as though they were anointed to kingship. There is no party that cannot produce from its midst a successor or a replacement for a Prime Minister, no matter how talented he is or how sophisticated his rhetorical powers are. Israel is not without recourse, nor are its parties.”

“Contrary to some of the allegations voiced, this is not by any means an amendment targeting a specific person. The applicability of the arrangement is from here onwards. A period in which one of the members of this House or one of Israel’s citizens served in the post of Prime Minister before the start date of the proposed arrangement, will not be taken into account for the purpose of calculating the maximum period,” he claimed.

MK Shlomo Karhi (Likud) of the opposition rejected the bill as “a joke, just like the coalition, filled with pathos, but an empty balloon. Three years, four years, who cares? Do you think that this law will ever be implemented? That a Prime Minister who serves for eight years won’t change this law? Are you delusional? You’re wasting time here. This strong Prime Minister, who will serve for eight years, will present an amendment and will change the law. Who are you kidding? What are you doing? Are you bored?”

Following a debate that lasted all night, after all the reservations were voted down, and ahead of the vote on the bill’s third reading, MK Michael Malkieli (Shas) requested to consider the vote a vote of no-confidence in the Government.

Prime Minister Naftali Bennett was not present due to his meeting with German Chancellor Olaf Scholz, and the coalition did not have the required 61 votes. The coalition has a very slim majority, and any one of its members who is missing undermines its ability to act. It has lost votes in recent weeks and has failed to pass its legislation for at least three consecutive weeks.

The chairman of the Likud faction and the opposition’s whip MK Yariv Levin stated in response that “this is the fourth week in a row in which the government was forced to withdraw laws due to the lack of a majority. ‘In those days there was no government in Israel.’ We will replace them.” 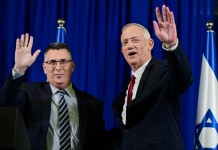 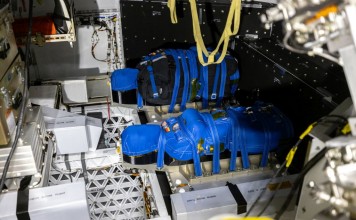 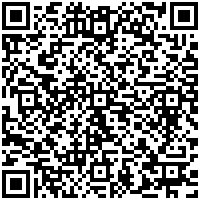