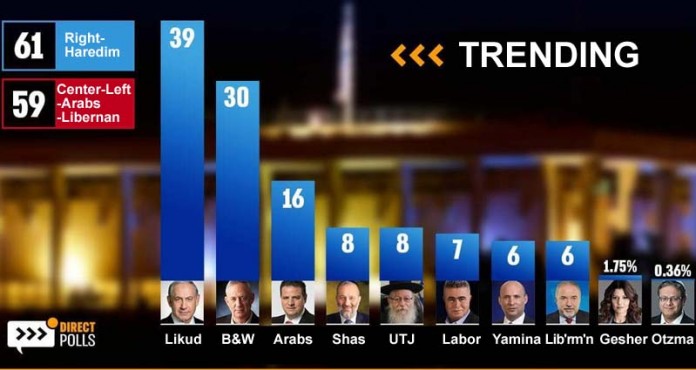 Is Israel on its way to a fourth election campaign? Most likely no, and the main reason is, according to a Direct Polls post on Tuesday, that internal polls circulating among the powers that be in the country’s political system show a rout of Blue&White at the hands of Netanyahu’s Likud party.

In two major surveys Direct Polls conducted last week, it became clear that as many as 8 seats would be lost to Blue&White—mostly from Ya’lon’s and Gantz’s factions—from voters who emphatically oppose the idea of collaboration with the Joint Arab List. In fact, according to the same surveys, 4 seats have already jumped ship from Blue&White to Likud simply because Gantz was contemplating such a collaboration.


Another major factor in this migration of largely center-right voters, has been the competent manner in which PM Netanyahu has been managing the CODID-19 crisis, matching the performances of the leading world countries in controlling the spread of the disease. Netanyahu proved once again that leadership is about showing up and doing, and today a significant majority of Israelis, in face of the uncertainty of an invisible virus, much prefer Netanyahu’s bold leadership and years of experience over Gantz’s unpolished, hesitating public image.

In general, since 1977, in times of crisis, voters tend to seek the leadership of the right in Israel, which better represents solidarity and unity. Seeing as a good portion of the Blue&White support was, in effect, a referendum on Benjamin Netanyahu, now, with the referendum coming up all Bibi, there could be a reverse migration.

All in all, fourth elections could spell the collapse of Blue&White, in a fashion reminiscent of Labor’s stunning crash from 24 to barely half a dozen in the last successive elections.

The surveys were conducted by Shlomo Filber and Tzuriel Sharon, on March 14 and March 16, 2020, using a digital system mixed with a panel, among 821 samples and 779 samples respectively from the adult population (18+) in Israel. The statistical sampling error in both samples is +-4.1% with a 95% probability. 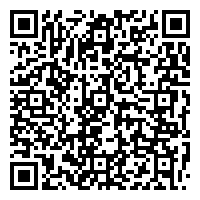