Before we start this analysis of Israeli politics on the first day of the “bein hazmanim” period between Knessets, we must award points to the best election-related joke. The points go to MK Ayman Odeh, head of the Joint Arab List, who tweeted on Monday: “So yes Netanyahu – the Arabs will rush to the polls now more than ever.” It was a response to a last-minute, 28-seconds video uploaded by the prime minister on election day, March 17, 2015, urging Likud voters to go to the polls because “the Right’s rule is in danger. Arab voters are moving in large quantities to the ballot box. Left-wing organizations bring them in on buses…”

Netanyahu was accused by many, including every single international news outlet, of blatant racism, but racist or not, the facts bore him out. The 2015 elections saw an enormous increase in the Arab vote, and, indeed, by 10 AM that day, when Netanyahu uploaded his video, there were reports that 10% of Arab voters had already cast their ballots, compared with only 3% at the same hour in the 2013 elections. Which suggests that if the Israeli Arab voters were to vote en masse, they could get as many as 20 Knesset seats to become the largest opposition party, with Ayman Odeh replacing Tzipi Livni as leader of the opposition.

So what about Benny Gantz?

In 1977, the late Menachem Begin unseated the Labor party for the first time in history. Part of the reason that Likud was suddenly able to forge a coalition had to do with the emergence of the Democratic Movement for Change (Dash), which offered Israeli voters a third choice, at the center of the political map. Likud received 43 seats in the Ninth Knesset, Labor 32, and Dash 15 seats, which allowed Begin to become Israel’s first non-Labor prime minister.

Dash was led by former IDF chief of staff Yigael Yadin, son of noted archaeologist Eleazar Sukenik, who also dabbled in archaeology and made an international name for himself with the unearthing of the Masada fortress, among other discoveries.

Dash and Yadin disappeared from the political arena in short order, but since that 1977 election, every single Knesset campaign has seen center-left or center-right parties vying to replace Dash in that space between Likud and Labor. The coming elections will feature parties led by Yair Lapid (Yesh Atid), Moshe Kahlon (Kulanu), Orly Levi-Abekasis (party name yet to be decided), Moshe Feiglin (Zehut), and the star of the political circus show, former IDF chief of staff Benny Gantz – party name and platform to be determined at a later time.

Indeed, the details about the Gantz Knesset run are sketchy, to the point where Israel’s Public Broadcasting news on Monday night reported that since the former chief of staff will not have enough time to register his own party (and you thought Bibi has lost his political survival skills), he is likely to join… Achi Israeli (My Israeli Brother), the party established just recently by the daughter of Rav Ovadia Yosef Adina Bar Shalom. The party just elected as its chairman Maj. Gen. (res.) Gideon Sheffer, a combat pilot who later ran the IDF’s HR.

Much like his potential new political home, whose platform is about unity, love among brothers and peaceful solutions, Gantz’s positions are also unclear when it comes down to brass tacks: what does he believe, what are his real numbers, and will he be good for more than just one stint at the Knesset. At the polls he has been sinking in direct correlation to allowing his run to gain a realistic substance. Why, Gantz has lost three whole Knesset seats in the polls just by moving from being a complete political unknown to collecting the required signatures for a potential run.

Which is why running alongside the somewhat eccentric, peacenik daughter of an admired late Haredi rabbi makes sense for Gantz, because it extends his je ne se quoi grace period. Think about it: a party like the Zionist Union, a.k.a. Zionist Camp, a.k.a. the Labor Party featuring Tzipi Livni, would cut off its right arm to get Gantz to join its ranks. They would even stab the back of their current chairman Avi Gabai, also a hasty import, to hand the throne over to Gantz – but then what? The former chief of staff would quickly become mired in the internal, back-stabbing politics of what has become the largest dinosaur carcass in Israel’s political history. By remaining essentially undefined until election day, Ganzt can be a Chauncey Gardiner (hero of Jerzy Kosinski’s Being There) to whom every voter can attach his fantasies because he doesn’t say anything except talk about the value of brotherhood, unity and peace – the essence of Achi Israeli’s platform.

So, best of luck, Chauncey Gantz, it’s been a while since we’ve last watched our fantasy heroes grab the center and then sink like a cinder block on the other side of the Gaza border fence: Lapid, Kahlon, they once looked just as fresh and promising as you do today – but then they opened their mouths… 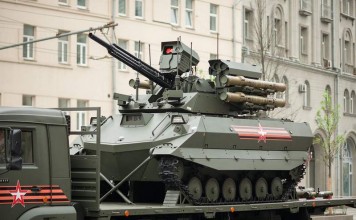