The Knesset has revoked the prime minister’s right to declare war without the approval of a full cabinet vote.

The clause that allowed Prime Minister Benjamin Netanyahu and Defense Minister Avigdor Liberman the ability to declare war in an emergency situation had originally been approved by the Knesset on April 30 that said two ministers could declare war “in extreme cases, when there is no option to wait for a gathering of the required minimum of Cabinet members.”


Tuesday’s vote rescinding the clause passed its second and third readings in the Knesset plenum in a vote of 77-16, amid heightened tensions on Israel’s southern border with Gaza, where it seems increasingly likely that another war may indeed break out in the coming days.

“It is appropriate that a decision of the Ministerial Committee regarding starting a war or taking significant military action that may at a high level of certainty lead to war be adopted by as wide a panel as possible,” the new amendment reads.

Under the law effective immediately, the Cabinet must approve a decision to go to war, or to initiate an action that could lead to war.

The bill that passed in late April was intended to prevent leaks, which have been abundant and destructive to the security of the State of Israel, as well as to the functionality of the government as a whole.

The move had, at the time, the support of both coalition members, and those who led the opposition. All them realized that it is impossible to get any high-level security-related work done with the media — some of them entirely dedicated to the destruction of the Jewish State and others simply looking for the next scoop, regardless of who gets hurt — privvy to every detail. 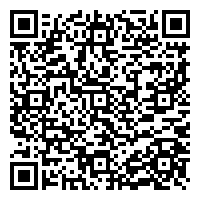