It is now official: with a majority of 102 to 2, the Knesset plenum on Thursday approved in a second and third reading the bill that determines that the 20th Knesset will dissolve and the elections for the 21st Knesset will take place on Tuesday, April 9, 2019, Nissan 4, 5779 (ten days before Pesach).

The explanatory notes to Yisrael Beiteinu’s proposal read: “The coalition agreements signed under pressure reflect only sectoral interests and do not reflect the national interests of the State of Israel, and consequently harm the democratic principles of the state.”

The Zionist Union stated: “It is clear that the Israeli government is failing and can’t meet its basic commitment to the public and provide it with peace, security and welfare.”

Yesh Atid: “The 31st government is a failed government, and the conditions for forming this government were among the toughest that have been seen, based on coalition agreements reflecting sectoral interests and various political benefits that were promised to the partners at the last-minute, and summaries that inherently harm the values ​​of a democratic system.”

Minister Yariv Levin (Likud), the government liaison to the Knesset stated: “We are completing a term of four full years, four years of great momentum, of great work, of tremendous achievements, both by the government and by the entire coalition that operated here in the Knesset. I would like to mention the Nationality Law, one of the most important laws ever enacted by the Knesset, a foundation for the existence of the state and its character as the national home of the Jewish people.”

MK Tamar Sandberg: “Today we are scattering the worst Knesset in the history of the State of Israel. A Knesset that for four years—and the nearer its end was getting, the more it intensified—was built on incitement, opacity, trampling, and racism.”

MK Ayman Odeh: “Yes, Netanyahu – we, the Arab citizens, will flock to the polls in droves and we will increase our strength, now more than ever. […] Anyone who wants to divide and conquer between Jews and Arabs or between Arabs and Arabs, strengthens Netanyahu, strengthens the right.” 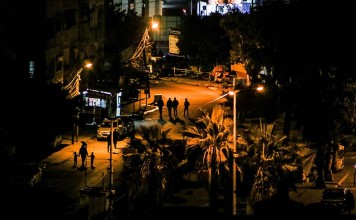