The Knesset Plenum on Monday evening passed an amendment to the Rabbinical Courts Jurisdiction Law, which seeks to grant authority to the rabbinical courts oversight to preside over a divorce suit of a Jewish woman who seeks to receive a get (Jewish bill of divorce) from her Jewish husband, even if they have no connection to the State of Israel. The law passed by a vote of 42 for and 24 against, with two abstaining.

The amendment is a temporary order with a sunset in three years, and requires the Rabbinical court report to the Knesset on those cases.


The rabbinical court is granted the authority to rule in those international cases provided that the couple was married according to Jewish law and one of the following conditions is in effect:

(3) The court outside Israel established that the man must give a get to his wife, however despite a reasonable effort, the get many not be enforced.

The explanatory notes to the bill say: “The Conference of European Rabbis and additional entities raised before the Rabbinical Courts Administration the difficulty that exists in situations in which men who married according to Jewish law worldwide avoid releasing their wives and leave them ‘chained’ (Aguna) without the possibility of remarrying. In some cases these same men even ignore the ruling of the local rabbinical court in the same country, when the local rabbinical court lacks the oversight to compel the husband to grant a get and to impose sanctions upon him so that he will give his wife a get.”

“The centrality of the State of Israel as the nation-state of the Jewish people and its importance in the lives of world Jewry, in juxtaposition to Jewish women’s lack of capacity to find a solution to the problems involved in get refusal and being chained, justify the granting of this authority to the rabbinical court in Israel. Indeed, there are countries in the world that facilitate access to legal aid in the form of civil proceedings when coping with get refusal, but more often than not, it turns out that these tools are not sufficient to save these women from being chained.”

Chairman of the Constitution, Law and Justice Committee MK Nissan Slomiansky (Habayit Hayehudi) presented the bill and said: “I believe that by virtue of numerous efforts on the part of various Knesset and government entities, we have succeeded in attaining this law which will allow us, through the rabbinical courts, to release chained women, and free women who’ve been refused a get, from their suffering, with the blessing of ‘Whoever saves one life, it is as if he has saved all humanity.’”

MK Michal Rozin (Meretz) commented: “This bill essentially grants the rabbinical court international jurisdiction. This is a new invention – an international court for Jews. In any case, the fact that in Israel in all that concerns personal law, this [area] is decided solely by the rabbinical court, poses great difficulty, [as] there is no freedom of choice; nearly half a million citizens, whether by choice, or by virtue of the fact that they cannot marry according to the Law of Moses, find themselves getting married abroad. First the court should solve the problem of women who are refused a get here in Israel, before it seeks to solve problems of chained women abroad.”

MK Yael Cohen Paran (Zionist Union) remarked: “Do the Chief Rabbinate and rabbinical courts have a record of such outstanding performance in finding solutions for [women] who are refused a get in Israel? In Israel there are many unfortunate women and the rabbinical establishment doesn’t succeed in solving their problems and attaining them a get and they are [consequently] imprisoned. So this bill pretends to institute these same wonderful [judicial] powers of the rabbinical courts abroad as well?”

Should We Celebrate The ‘Abraham Agreement’? 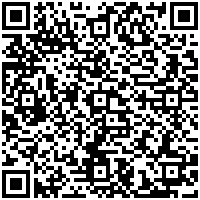