A bill intended to block the return to power of opposition leader and former prime minister Benjamin “Bibi” Netanyahu will not make it into the Knesset plenum – at least for now.

The measure proposed by Yisrael Beitenu MK Yevgeny Soba would bar any lawmaker charged with a serious crime from becoming prime minister. It is believed to be specifically intended to block Netanyahu from returning to the prime minister’s seat in the next election.


Netanyahu is still in court fighting charges of corruption.

However, the Knesset presidium refused to include the law, which supporters attempted to tack on to a bill dissolve the Israeli parliament that is expected to go to a vote on Wednesday.

A spokesperson for Yisrael Beitenu – headed by Finance Minister Avigdor Liberman – said there are efforts to bring the anti-Bibi measure to a vote as soon as possible but were not sure they would succeed.

The bill has been floating around for months, supported by Liberman and New Hope party chair and Justice Minister Gideon Sa’ar.

The justice minister has refused to sit in a government with Netanyahu since abandoning the opposition leader’s Likud party to form New Hope.

New Hope Housing Minister Ze’ev Elkin told Israel’s KAN News public broadcaster that his party backs the bill, and he hopes it will go to a vote before the Knesset dissolves. However, he added, “it might be too late.”

Yamina party chair and Prime Minister Naftali Bennett refused to advance the bill, according to Israel’s Channel 12 News, telling coalition colleagues that such a move would push Yamina MK Nir Orbach into the Netanyahu camp.

Orbach, who quit the coalition last week, controls the Knesset committee the bill must pass to reach the plenum for a vote.

Orbach is likely to oppose the measure, according to a report Tuesday by Channel 12, having expressed frustration with what he said were “extremist, anti-Zionist elements” in the coalition.

Bennett joined Foreign Minister / Alternate Prime Minister Yair Lapid on Monday in announcing the decision to dissolve the government after months of fighting among coalition members. 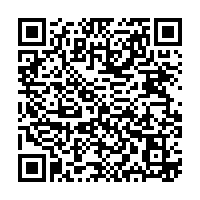