MK Miky Zohar, chairman of the Likud-led Knesset coalition, on Wednesday morning told Army Radio that Benny Gantz, Blue&White Chairman, Defense Minister and Alternate PM, will not be prime minister next November, as stipulated in the rotation agreement between the two parties: “I don’t think Gantz will be prime minister in November 2021 if Blue&White continue to behave as they do,” Zohar threatened.

“If I want to, as chairman of the coalition, tomorrow morning I can dismantle the government, that’s how easily it can be done,” Zohar stressed, carrying a big stick and a big talk. It can be stated safely that in Israel’s parliamentary environment which is best described as “Mediterranean,” MK Zohar has been the loudest coalition chairman. In his attempt to put out fires inside his coalition, Zohar has threatened to fire several politicians who have exhibited too much personality and independence, both from Likud and other coalition partners.


Zohar’s gripes Wednesday morning were with the rumor mill surrounding the potential sale of advanced US weapons to the United Arab Emirates at the wake of the peace announcement last week. “Netanyahu was furious, Ganz will not be prime minister,” Zohar told Army Radio, suggesting those rumors are being stirred up by Blue&White.

Mind you, Netanyahu went a long way to start up this rift, explaining that he did not include Defense Minister Gantz and Foreign Minister Gabi Ashkenazi—both crucial members of the team that should lead the peace negotiations and both also from Blue&White—because he was afraid that sensitive information would be leaked.

With his condescending taunt, Netanyahu practically invited a counter attack, specifically around the issue of his sidestepping a long-held security establishment doctrine that Israel must not allow regional players to posses military technology that would challenge the IDF’s superiority.

And so, on Wednesday morning, coalition chairman Zohar said the prime minister was furious when he watched the TV coverage of the alleged sale of F-35 aircraft and other state-of-the-art technology to the UAE with his alleged approval.

“I was in a working meeting at the prime minister’s and at 8 PM he turned on the television,” MK Zohar told Yaron Avraham on Army radio. “The man was as fuming as I had ever seen him before. He was furious at the distorted lie in the report about the sale of the F-35s to the UAE.”

Zohar’s remarks were made only 5 days before the deadline on a government budget. If a budget bill is not submitted and receives preliminary approval from the Knesset, or, alternatively, if a bill postponing the budget by 100 days I not approved before Monday at midnight – the Knesset will be dissolved automatically and Israelis will go to the polls for the fourth time in under two years. 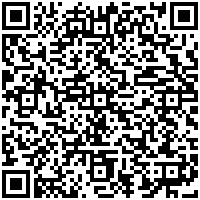