The Likud and Blue&White parties announced that the swearing-in ceremony of their newly hatched government which was scheduled for Thursday night will be postponed to Sunday, as Prime Minister and Likud Chairman Benjamin Netanyahu is still unable to conclude the distribution of his party’s ministerial portfolios.

Apparently, Minister Tzahi Hanegbi and Deputy Minister Avi Dichter, who had not been invited to meetings with Netanyahu to discuss their future portfolios, decided to protest and not show up for the Knesset vote of confidence in the new government. The two were scheduled to meet with the prime minister around 8 PM Thursday, along with seven other Likud MKs whom Netanyahu is expecting to show some understanding to his plight as he takes away their promised portfolios and gives them in large stacks to Blue&White. Now those meetings have been cancelled, because, as officials in Netanyahu’s circle put it: you don’t threaten the prime minister.

Meanwhile, Netanyahu who on Thursday morning persuaded former Education Minister Rafi Peretz to betray his pals in Yamina and join the government as Minister of Jerusalem and National Projects, on Thursday afternoon called ol’ Rafi in for another conversation, to ask him to give up the Jerusalem portfolio in favor of a much inferior position, something to do with the settlements, religious public schools and the national Service.

It was, possibly, the fastest switch and bait in the annals of political history, maybe since Julius Caesar’s buddies asked him to come over to the Senate floor and keep his eyes closed.

Peretz told his people (amazing that he still has those) behind closed doors: If I don’t receive the Jerusalem portfolio, I will not enter the government. Oh, by the way, Rabbi Peretz has yet to have that talk with the Yamina party leadership about the jumping ship thing. Of course there’s no way back for him, and word is that should Netanyahu really make good on his switcheroo, this could mean the end of Peretz’s political life.

Too soon to say it’s not a minute too soon?

Incidentally, the Yamina MKs, on the eve of their departure to join the fighting opposition, held a press conference in which Chairman Naftali Bennett said: “First, I will address a report that’s been circulating as if the Likud and Yamona are negotiating again. It came out of Likud. So about this negotiation – there is nothing because there was nothing.”

If you spent any time at all in Israel over the past couple of years, you know that Bennett was referencing Netanyahu’s famous putdown of the efforts to bring him to justice over corruption issues, suggesting that out of the police investigation against him “there will be nothing because there is nothing.” Of course, with three criminal indictments there could be something.

Back to the rebellion against Boss Bibi: Likud ministers sharply criticized his way of distributing those portfolios: Minister Yariv Levin lost significant status points, and several Likud ministers and senior faction members have been left floating in the wake of the coalition steam ship without real ministries or even significant committee chairmanships. According to them, Netanyahu was acting strictly on self-interest (imagine): he appointed only his closest associates in Likud and at the same time dismantled the Gideon Sa’ar camp in the Likud. Two of Sa’ar’s senior supporters have been demoted and their career trajectory clipped: Yoav Kisch and Haim Katz.

In the fight to the death between Miri Regev and Amir Ohana over the Public Security portfolio (that includes the Police), which had been promised to Regev four years ago, the winner was Ohana. Both politicians have been most devoted to the PM, but Ohana showed the mostest devotion when he nearly sacrificed his political future in defending Netanyahu from his post as interim Justice Minister. Yuval Steinitz, another Bibi dyed-in-the-wool loyalist, will get to keep his Energy portfolio (pheew). Regev will settle for Transport.

Blue&White officials have been complaining all day Thursday that “the Likud is in a mess. It’s not prepared to present a government.” This statement was made moments after yet another rebellion: Gila Gamliel refused to walk away peacefully from her job as Minister for Social Equality, only to be downgraded to Minister of Higher Education.

Away from the cameras and microphones, there was great tension between Netanyahu and Gantz on Thursday night. The Gantz people said they were flummoxed to learn that Bibi has to push off the inauguration. Mind you, Gantz had spent his time diligently handing out his portion of the portfolio treasure, and was prepared to start thing going before the weekend. For a while there, Gantz even insisted that the vote on the new coalition government be held as scheduled some time Thursday night – until he realized Bibi simply didn’t have the goods. So the next thing Gantz did was revoke his resignation from the post of Knesset Speaker. Can’t be too sure…

In case you were wondering, Netanyahu has an entire extra week to get his government sworn in before the Knesset: he has until next Thursday at midnight. Like Cinderella, but with many more golden carriages that could splash back into pumpkins. Should this endeavor turn out to be just the third Netanyahu fiasco and the country is going to fourth election (Help…!), Benny Gantz will be in charge of what happens to the Knesset and when. Provided he would be able to solicit the support of his former friends, Yair Lapid and Moshe Ya’alon. Like Rafi Peretz, Benny Gantz has also burned some bridges to get close to Bibi… 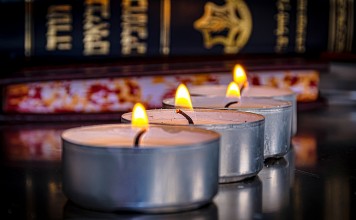