Addressing a first-of-its kind international conference dealing with online incitement, held at the Slovakian National Council with 72 parliament members from all across Europe, MK Revital Swid (Zionist Union) said on Thursday that she is concerned that the next elections in Israel may be interfered with, as was the case in the last US elections.

“Tens of thousands of bots may affect the freedom of choice of the voters,” said MK Swid, who initiated the conference. “If the Internet giants will not protect our privacy and personal information, we, the members of the Knesset, will know how to do so through legislation. It cannot be that companies such as Facebook and Google, which sit in offices in Israel, develop technologies that serve all users worldwide, operate in Hebrew and make a fortune, will say at the moment of truth: ‘We bear no responsibility; this is not our official outlet.”


An Internet Bot is a software application that runs automated tasks (scripts) over the Internet. Typically, bots perform tasks that are both simple and structurally repetitive, at a much higher rate than would be possible for a human. It is estimated that more than half of all web traffic is made up of bots.

MK Swid told the conference, which was also attended by academic and cyber experts, as well as representatives of computing and internet giants, that she would work to immediately advance legislation according to which any entity which uses information about more than 2 million people in Israel, will be obligated to have official representation in Israel, which will be responsible for making certain that the entity abides by the Privacy Protection Law.

The European Union has recently enacted strict ‎regulations, imposing fines of up to $23 ‎million on Internet companies that violate users’ ‎privacy in the 28-member bloc.

“I don’t trust Mark Zuckerberg to protect our privacy,” MK Swid said, adding, “I wonder why there is no enforcement and removal of content in numerous cases of online incitement to terror. As legislators, we must care for the citizens, and we are not operating fast enough. All the parliaments in the world must join hands and act with urgency.”

Andrej Danko, Speaker of the National Council of the Slovak Republic, said that “Insane racists have become members of parliament here, among other things through the cheap use of social networks, while denying historic facts. Young people make do with superficial headlines and do not [delve into the issues], and this content attracts them, unfortunately.”

“It is our duty to stop [the racists] through uncompromising legislation. We must not repeat the mistakes of the past,” he declared.

Dr. Tehilla Shwartz Altshuler of the Israel Democracy Institute warned against excessive government involvement in regulating online content. “Politicians are liable to censor any criticism of them,” she told the conference.

Emanuelis Zingeris, a member of the Lithuanian parliament (the Seimas) called to condition any financial aid the European Union provides to Libya, Algeria, Lebanon and other countries upon those countries’ efforts to prevent online incitement against Israel and Jews.

MK Yonah argued that online bullying must be dealt with through proper education. “We, as human beings, are lagging behind while technology is [moving] forward,” he said.

Romanian Senator Derzsi Ákos mentioned that his country’s parliament had adopted a draft law on Wednesday which defines the promotion of anti-Semitic ideas and content as a crime punishable by up to 10 years in prison, while Hungarian National Assembly Member Csaba Hende said his country has also adopted strict legislation against the dissemination of inciting content. 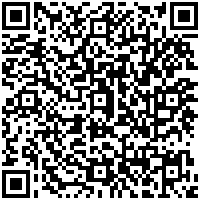