Blue and White MK Michal Cotler-Wunsh led a group of lawmakers in the Knesset this week to propose a bill setting an official Day to Commemorate the Victims of the Inquisition.

If passed, the Day of Commemoration will be held every year on November 1st, the date of the official establishment of the Spanish Inquisition in 1478.


Co-signatories to the bill include MK Tzvi Hauser (Derech Eretz), Chairman of the Foreign Affairs and Defense Committee, MK Oded Forer (Yisrael Beytenu), Chairman of the Knesset Caucus for Renewing the Relations With the Descendants of the Jewish Communities in Spain and Portugal, MKs Amit Halevi and Michal Shir (Likud), MKs Michael Malchieli and Yosef Taieb (Shas), and MK Tehila Friedman (Blue and White).

The law calls for special events to be held on the Commemoration Day involving Inquisition-related educational activities and resources arranged by the Education Minister.

Such activities are intended to broaden Israeli education about the forcibly converted Jews, known as the Anousim, and their descendants, and the Expulsion from Spain and Portugal.

The Diaspora Affairs Minister will promote the ministry’s Report of the Advisory Public Committee for Examining Israel’s Attitude Towards Communities with Affinity to the Jewish People Worldwide, including the descendants of Spanish and Portuguese Jewish communities, the Bene Anousim.

In addition, the Diaspora Affairs Minister is to be in charge of holding an official state ceremony to commemorate the victims of the Inquisition; the Knesset will also hold special discussions on the issue.

Cotler-Wunsh, Chair of the Subcommittee on Israel-Diaspora Relations spoke about the importance of the law on Thursday (Nov. 26) in a webinar hosted by the Board of the Fundación Hispanojudía (Hispanic-Jewish Foundation), an organization dedicated to the reconnection between the Spanish-speaking world and the Jewish people, and the outreach, encouragement, and promotion of Jewish culture in all its aspects and expressions.

“This bill will create a day of memory and reminder in the Knesset for us to recognize this tragic event in our collective history and learn from it, in order to ensure ‘never again’ in a world of ‘again and again,’” said Cotler-Wunsh.

“It also provides us with an opportunity to connect with the descendants of those affected by the Spanish Inquisition, in Israel and in the diaspora, based on our shared history and values,” she added.

A Dark Chapter for Humanity
President of the Fundación David Hatchwell said the law was timely because of the increasing interest in the Spanish-speaking world about possible shared roots with the Jewish People.

“The Spanish-speaking world, whether in Spain or in Latin America, is gaining a greater understanding of its common roots, culture and traditions with the Jewish People,” Hatchwell said.

“The Inquisition was a dark chapter for Humanity and in both of our peoples’ history. It should be remembered as pure religious fanaticism and intolerance. Nevertheless, we should also use these historic events to chart a more positive future between the Spanish-speaking world and the Jewish people based on respecting diversity emulating the modern State of Israel.”

The Fundación is building a museum in Madrid to highlight thousands of years of Jewish life and its contribution to Spain and the rest of the world, focusing on the unique legacy of the Sephardim that traveled with those who were exiled through different times and places.

Ashley Perry (Perez), President of Reconectar and adviser to the Fundación helped in the writing of the law, which he described as historic.

“There are tens, if not hundreds, of millions of people around the world who have both Jewish and Hispanic ancestry, and the Inquisition played a major role in the disconnection of our peoples,” Perry said. “This law is a vital recognition of a reign of terror which still has such a great effect on so many people even today, many without knowing. This Day of Commemoration will hopefully not just be for Israelis, or even just for Jews, but for all those whose ancestors were hunted, tortured or prosecuted by the Inquisition.”

“Beginning in 1381, hundreds of thousands of Jews were forcibly converted to Catholicism and formally disconnected from the Jewish world, especially with the Expulsion from Spain in 1492. Many of these Anousim (forcibly converted Jews) were subsequently investigated by The Inquisition, formally created in 1478 in Spain and 1536 in Portugal, for maintaining their Jewish identity, tradition and practices.

Thousands of Anousim were burnt at the stake, hundreds of thousands were prosecuted, brutally tortured, imprisoned, humiliated, and had their livelihoods taken away from them. The reign of terror imposed by The Inquisition and its partners had a profound and threatening effect on the Jewish People and those with significant Jewish ancestry up until the modern era.

According to recent academic scientific research, the descendants of Spanish and Portuguese Jewish communities number around 200 million around the world, comprising one in four Latinos and Hispanic, and a reconnection could have massive positive diplomatic, demographic, political and economic advantages for the State of Israel and the Jewish People.

In 2017, the Ministry of Diaspora Affairs released the Report of the Advisory Public Committee for Examining Israel’s Attitude Towards Communities with Affinity to the Jewish People Worldwide, with recommendations about how the State of Israel should reach out and reconnect with these populations.” 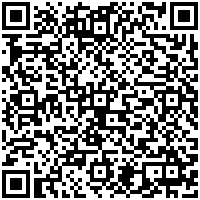