A senior source involved in the coalition negotiations on Thursday told Ma’ariv that “there’s a scenario that has been examined, according to which before the president asks Netanyahu to form the next government, he will summon the prime minister and the chairman of Blue and White Benny Gantz, and propose that they form a unity government.”

According to the same source, the reasons to form such a government are the challenge facing Israel in the coming months: “The next government will have to decide whether to raise taxes or cut government services. In addition, there’s Trump’s program and, right away, the draft law legislation the Haredi parties oppose.”


These should give Netanyahu an incentive to reexamine the option of a 71-seat unity government.

Consultations between the president and party leaders begin on Monday over their recommendations for prime minister, which, at this point, appear to favor Netanyahu. For the first time, the consultations will be broadcast live. Next, Netanyahu will start coalition negotiations, which are expected to result in a 65-seat, rightwing-Haredi government.

To comply with the President’s request, Blue and White would have to violate their promise to their voters not to sit in a Netanyahu-led government. They would also be required, most likely, to support Netanyahu’s moves to attain his immunity from prosecution.

In a way, the voters have given their consent to a unity government of Likud and Blue and White by eliminating Naftali Bennett’s New Right party. As you may recall, Bennett’s main argument for being elected was that he would make sure Prime Minister Netanyahu would stir the ship of state rightward.

MK Oded Forer, Avigdor Liberman’s number 2 in Yisrael Beiteinu, stated that the unity government is “not on the agenda right now.” Forer suggested that Liberman would address the issue opon his return from his short vacation in Vienna.

Gantz’s co-chairman, MK Yair Lapid, is also in Vienna this weekend. Perhaps a conversation between the two over a slice of strudel and a delicious cup of coffee would be a good idea? 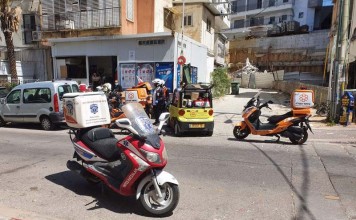