During Monday’s meeting of the Labor, Welfare and Health Committee on the implementation of the government plan to curb domestic violence, Lili Ben-Ami, sister of Michal Sela who was stabbed to death by her husband, said: “This isn’t domestic violence, this is terror in the home.”

Ben-Ami also said: “The memory of Michal and Maya Vishniyak (another domestic murder victim) will start a revolution.”


During the meeting, which was held with the participation of Minister of Labor and Social Welfare MK Itzik Shmuli (Labor), Committee Chairman MK Haim Katz (Likud) said that as part of the plan to curb domestic violence, the Finance Ministry “will be required to stake money and permanent positions, not just talk.”

Minister Shmuli said, “During the recent period we have seen a very dramatic rise in the number of reports and complaints about violence towards women and towards children, and I shudder at what’s not being reported.”

“We’ve done a lot, but it’s not even the tip of the iceberg of what is needed,” said Minister Shmuli. “We don’t have all the answers yet. We want to provide a more intensive solution also regarding the men – not just more frameworks, but more solutions related to violent men. The activity must be intensified also in the area of enforcement and deterrence.”

Maya Vishniyak’s father, Ariel Vishniyak, said that “anyone who has a young daughter at home, has a Maya at home, never dreams that what happened to my daughter will happen to his daughter. It all starts with education at home, with distinguishing between good and bad. But the law in Israel must change – the murderer should sit in prison his entire life. It cannot be that he will be able to go free and start a family.” 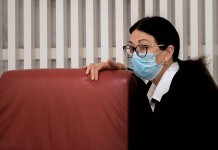 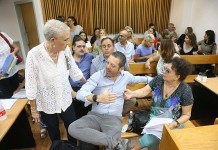