Tens of thousands of Israelis on Saturday night demonstrated on Rothschild Boulevard in Tel Aviv, as well as in Haifa and Rosh Pina, and ten other towns, against a new law blocking police recommendations to indict when submitting the results of an investigation of a public official to the prosecution – unless asked to submit its recommendations by the Attorney General. The preliminary version of the Recommendations Act was passed by the Knesset plenum with 46 for and 36 against, and is expected to be brought to a second vote Monday.

With the support of Minister Moshe Kahlon, who stands to pay a heavy electoral price for this, the new law will apply retroactively to the investigations of Prime Minister Benjamin Netanyahu, preventing police from presenting to the public reports on its findings.


In the meantime, the police announced that Australian billionaire James Packer last Tuesday volunteered his testimony in Australia on Netanyahu’s “File 1000,” the “gifts affair,” one of four-to-six separate investigations against the PM. On Friday, Israel’s Channel 2 News reveled that police are determined to submit a recommendation to prosecute the Prime Minister for bribes, fraud and breach of trust.

According to Ha’aretz, this hurried move by the Likud faction might deliver a resounding defeat to the coalition, seeing as an estimated 20 coalition members are expected to be conveniently abroad during the vote (Netanyahu relies on a 64-member majority, give or take, with more than one coalition MK opting to desert his post on occasion).

Justice Minister Ayelet Shaked (Habayit Hayehudi), who was a guest of honor at the Saban Forum in Washington Saturday night, is definitely one coalition member who would rather avoid Monday’s vote. Shaked told the Forum that “the people did not elect a right-wing government to pass the recommendations act, but rather to pass fundamental ideological reforms, such as the Basic Law on Legislation – but the coalition’s energy is being invested in the wrong direction.”

The Basic Law on Legislation Shaked mentioned is the right’s attempt to overturn the judicial revolution of former Supreme Court Justice Aharon Barak, who spent his term in office in usurping powers from the legislator, to the point where the Supreme Court today functions as part of the Knesset opposition. The new law would allow the court to annul a new law which it decides contradicts the Knesset Fundamental Laws—Israel’s closest thing to a constitution, but the Knesset could reenact the same law with a majority of 65 MKs.

The demonstrators in Tel Aviv Saturday night marched along Rothschild Boulevard to Habima Square, calling out historically significant slogans, such as “Netanyahu to Maasiyahu” – the latter being the prison for white collar crime where Israeli politicians convicted of corruption (and sex abuse, in the case of former President Moshe Katzav) pay their debt to society.

There was also the immortal “Mushchatim Nimastem” (We’ve had enough of you, corrupt ones), which swept Likud into power for the first time in the satte’s history, back in 1977; and “Hon shilton olam tachton” (The underworld riches fund the government), which needs no explanations.

The police reported the demonstrators jammed up the entire length of Rothschild Boulevard was completely blocked in both directions. The speeches, over a frustratingly weak loudspeaker system, were carried in front of 16 Rothschild Boulevard, a.k.a. Independence Hall, a.k.a. the Dizengoff House, where almost 70 years ago Israel declared its independence. 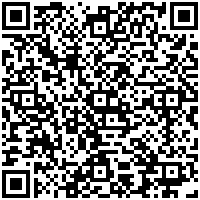