Industry, Commerce and Tourism Minister Zayed bin Rashid Al Zayani of Bahrain has announced that Israeli goods produced in Jewish communities located in Judea, Samaria and anywhere in the Jewish capital of Jerusalem can be labeled “Made in Israel.”

Al Zayani said during an official trade visit to Israel, “Without going into details and border lines, Israeli products or services . . . will be treated like Israeli,” according to The Jerusalem Post. “We will recognize them as Israeli products.


“We will treat Israel and Israeli companies like we do Italian or German or Saudi companies, for that matter,” he said. “Israelis are as welcome as any other international company in Bahrain.”

Like Bahrain, US Okayed ‘Made in Israel’ Label
The United States likewise now treats Israel and Israelis companies as it does Italian or German or Saudi companies at this point — but it wasn’t always that way.

Until 2019, goods produced by companies located in Jewish communities in Judea, Samaria and some parts of Jerusalem restored to the capital after the 1967 Six Day War were forced into labeling as “West Bank” goods due to the insistence by the United Nations and the European Union that that communities in those areas were established illegally under international law.

“We’re recognizing that these settlements don’t inherently violate international law,” Pompeo said in a recorded address at the Kohelet Conference in Jerusalem. “That is important. We’re disavowing the deeply flawed 1978 Hansell memo, and we’re returning to a balanced and sober Reagan-era approach.”

US Ambassador to Israel David Friedman also spoke at the conference and confirmed that US policy states that “Israelis, Jews have the right to live in Judea and Samaria.”

Netanyahu noted at the ceremony that the flight “opened the way for dozens of flights a week to Dubai, to the UAE, to Bahrain and to the east,” and added that a visa exemption goes along with the new weekly flight schedule.

“There is a great opening here for trade, the economy and tourism that, in effect, makes for a truly new and different Middle East, a meeting between peoples as well as meeting between leaders,” he said.

“We are crumbling the Israeli-Arab conflict and turning it into Israeli-Arab cooperation,” Netanyahu said, adding that the new relationship between Israel and the UAE will produce “not only a new future but also a new present, and we are doing so with dizzying speed.

‘This Cannot Be Stopped’
“I think that the entire world is watching and understands that we are making history here, and we can all welcome this.”

Responding to a question by a journalist at the airport, the prime minister was cautious in offering an iron-clad guarantee on future peace treaties, but said he remains optimistic, saying, “Nothing is assured 100 percent, but it seems to me that if I need to look forward, I estimate that in the coming months we will see more countries joining this circle, one way or another, on this or that level.

“This cannot be stopped. We are not going back. What we are doing here today is historic: The first commercial flight from Dubai to Israel – and not the last. We are going to open dozens of flights in both directions. This is simply not only changing the future of the Middle East and Israel; it is also changing the present.” 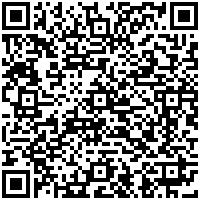