Senior Israeli and Bahraini officials are slated to sign a formal declaration of peace, the establishment of diplomatic relations and the opening of embassies in each other’s respective countries, Hebrew-language Walla! News reported Saturday night.

The two-page document is to be signed in Manama under the auspices of United States Treasury Secretary Steve Mnuchin and White House Special Representative for International Negotiations Avi Berkowitz.

US Ambassador to Israel David Friedman will be present as well, according to a release by the Treasury Department, which said members of the delegation will meet with Bahraini officials before traveling to Abu Dhabi for the “first-ever Abraham Accords Business Summit.”

“The goal is to begin implementing the White House peace declaration, to put more substance into it, detailing it and defining the general principles of the relations between the two nations,” a high-ranking source told Walla!

Under the agreement, Israel and Bahrain will commit themselves not to take hostile actions against each other, and to act to prevent hostile actions by a third party. The agreement also emphasizes that both nations are committed to coexistence and peace education.

In addition, the document includes a list of 10 areas in which Israel and Bahrain agree to work in cooperation with each other: investment, civil aviation, tourism, trade, science and technology, environment, communications, health, agriculture, water, energy and legal cooperation.

The joint declaration comes in the wake of the Knesset’s passage of the UAE-Israel normalization agreement this past week, and after weeks of US-led negotiations. 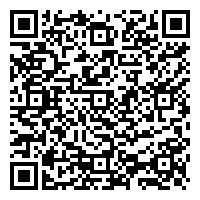