Today is the last day that Israeli citizens can renew their passports and ID cards (Teudat Zehut) and not have to provide biometric data which will be permanently stored in a national biometric database.

Appeals by civil rights groups to the Supreme Court managed to only delay the implementation of the very controversial biometric law, but in the end they failed to stop the law from passing.

Starting Thursday, June 1, citizens will be required to take a high resolution photo when renewing their passports and ID’s which will be stored in the biometric database.

The State of Israel claims the database can’t be hacked, and the data will be kept encrypted on a separate communications network. Photo and fingerprint data from the database can be transferred to the police and security officials under certain circumstances.

Citizens will asked to provide two fingerprints, but that is actually optional, and can be refused. The Ministry of the Interior will be required to inform citizens that they don’t need to provide their fingerprints.

In order to discourage refusal, if a citizen agrees to include his fingerprints in the database, his ID card and passport won’t expire for 10 years. If one doesn’t supply fingerprints, then the cards expire in five years.

For the moment, if a citizen doesn’t update their ID cards or passports, they can continue using their old cards until they do expire or need to be replaced. 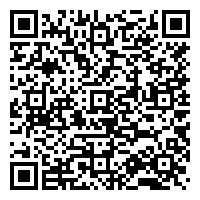