An Etihad Airways cargo plane landed at Ben Gurion Airport in Israel on Tuesday night after a direct flight from Abu Dhabi with humanitarian aid to the Palestinian Authority (PA), the second time in recorded history that such a flight has taken place.

The plane was carrying medical supplies from the United Arab Emirates (UAE) to support the COVID-19 response in the PA. The aid includes personal protective equipment, medical equipment and ventilators.


A similar flight took place in May, but this time, the plane was carrying the company’s official insignia and did not attempt to conceal its presence by stripping off the company’s insignia.

Israel’s Foreign Ministry stated that the aid will be transferred to the Gaza Strip and the PA by the United Nations and IDF’s Coordination of Government Activities in the Territories (COGAT).

The plane’s arrival in Israel was coordinated by the Foreign Ministry and COGAT.

“Proud of the Foreign Ministry’s role in facilitating the arrival of the Etihad cargo plane which landed in Israel after flying from Abu Dhabi, carrying humanitarian aid to the Palestinians. We hope that future Etihad flights landing here will be carrying UAE tourists,” tweeted Yuval Rotem, the Director-General of Israel’s Foreign Ministry.

The PA has declared it will refuse to receive the equipment through Israel, as it did the previous month, and the aid will probably be sent to Gaza.

However, Israel’s ties with several Arab countries have significantly advanced in recent years, openly and covertly, as shared strategic interests, and primarily confronting Iran’s advent in the region, have brought both sides to the same table. 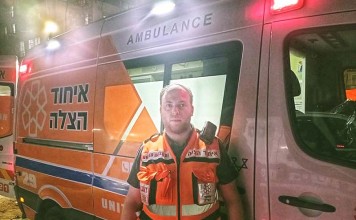 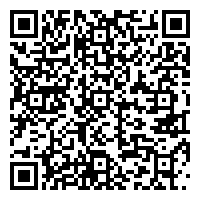