Urban Dictionary, a crowdsourced online dictionary for slang words and phrases, last week deleted its anti-Semitic definitions of “anti-Zionism” under pressure from online activists, including the Campaign Against Anti-Semitism.

According to CAA, a Twitter user asked the Urban Dictionary to provide a definition of “Zionism” but received a definition of “anti-Zionism” instead, which read: “Anti-Zionism is in no way connected to anti-Semitism. To be anti-Zionist is to be anti-fascist. Zionism is based on the idea that millennia old literary myth is the basis for nationhood and that religion (which is a matter of choice) is genetically predetermined, both of which are clearly [expletive]. Zionists believe that they can turn up in a country and kick out the indigenous population, as did Hitler. Zionists are fascist.”


A CAA spokesperson said in response that “Comparing Zionism to Nazism is textbook anti-Semitism, which has become all too common on Urban Dictionary. Those behind the website have been slow to act against racism on their platform, but in the past we have successfully pressured them to delete gratuitously anti-Semitic entries by going after their advertisers. We will not hesitate to do so again if Urban Dictionary does not remove this entry and prove that it is capable of administering a site that doesn’t incite hatred.”

According to the CAA, it recently successfully pressured advertisers to withdraw from Urban Dictionary over its promotion of anti-Semitism, and the website consequently removed a particularly offensive entry.

“As you can see, there is no actual movement known as anti-Zionism. What you think is anti-Zionism is simply people from all walks of life with many different opinions that oppose, condemn or protest against the same unfair practices in every country not just the unfair practices and discrimination that occurs in Israel/Palestine and against Palestinians.”

And on August 13, 2020, Urban Dictionary allowed this new, obnoxious “definition” of Zionism: “The crazy belief that Palestinians deserve to have their land stolen from them and for them to be abused should they stay there. Right wingers will whine about how anyone who opposes this belief is anti-Semitic in their eyes, when the right have the worst record when it comes to treatment of Jews. Zionism is the new Nazism.”

That last part qualifies as anti-Semitic according to the International Definition of anti-Semitism, which says “Drawing comparisons of contemporary Israeli policy to that of the Nazis” is anti-Semitic. 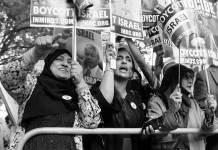 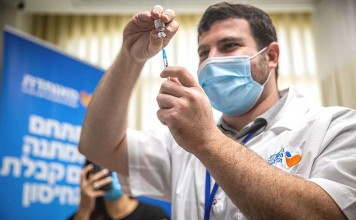 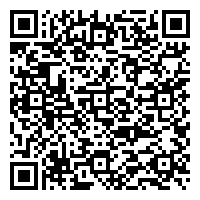