It looks like someone in President Trump’s White House has been listening. On Thursday, the White House released a video of Trump’s Middle East visit. Quite shockingly, the Golan Heights, Judea, Samaria and half of Jerusalem were completely gutted from the map of Israel, showing only the pre-67 armistice lines.

The timing of this video could not have been worse. It was released after an official in the US Consulate in Israel had created an international incident, when he told Israeli officials that the Kotel (Western Wall) is not part of Israel.


And all this as Israel is about to celebrate 50 years since the reunification of Jerusalem and liberation of our homeland in Judea and Samaria.

A spokesperson for the White House told JewishPress.com that the Consulate official’s statement is “not the position of this administration.”

Justice Minister Ayelet Shaked said on Friday that she hoped the omission by the White House was done out of ignorance and not as a show of policy.

Frankly, this is probably the work of a few insiders with their own anti-Israel agenda, blind-siding the Trump administration and the Jewish State. For some reason, they have been able to start these anti-Israel mini scandals, leaving the President’s staff to put out the fires.

They should be stopped and reprimanded with a very clear and unambiguous statement from the President during his trip to Israel, or we’ll have to assume that they represent the views of the President and his Secretary of State. Because, let’s be clear about what’s been dripping on Israel from these folks: it ain’t rain. 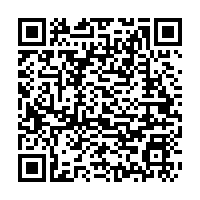