An insulin pill. That’s what Oramed Pharmaceuticals, a small Israeli-based company, hopes to offer millions of diabetics by 2016.

“Oral insulin does not exist in the world today, but we are the furthest advanced in getting it into the market,” said Nadav Kidron, CEO of Oramed. “We are just about to start a Phase 2 trial in the United States, which is big news.”

Oramed already completed a successful Phase 2 trial in South Africa in May 2010, but approval by the U.S.’s Food and Drug Administration (FDA) is the gold standard in the world of pharmaceuticals. To attain FDA approval, Oramed hopes to start Phase 2 trials in the U.S. by early 2013, and, if successful, Phase 3 trials the following year.

Why hasn’t anyone invented an insulin pill until now? Two reasons, Kidron told The Jewish Press:

After 25 years of research, however, a team of scientists at Hadassah Medical Center in Jerusalem devised means of overcoming these obstacles. Among the scientists was Dr. Miriam Kidron, Nadav’s mother and a great-niece of Rabbi Abraham Isaac Kook, Palestine’s first Ashkenazic chief rabbi. She told her son of the group’s breakthrough and together, in 2006, they helped found Oramed.

“I’m happy that it’s becoming a reality,” Dr. Kidron told The Jewish Press. “My goal is that people will be able to buy oral insulin in the pharmacy. It will be fantastic because a huge amount of people in the world need this medication.”

According to the American Diabetes Association, over 25 million Americans, or eight percent of the population, currently suffer from diabetes. Worldwide, the number is approximately 350 million.

Wherever he goes, Nadav Kidron said, people are excited by Oramed’s work. “It’s a Kiddush Hashem. I think it’s the best way to show people that Israel is not only about the Palestinian-Israeli conflict. It’s also about drugs and medications that can change their lives for the better.”

Although Oramed is currently focusing on its insulin pill, it ultimately hopes to offer other medicines in oral form as well. “Think about the flu vaccine,” Nadav Kidron said. “Imagine how many more people would take it if it were available in pill form. Think about how much money the healthcare system would save. This is a technology that can revolutionize healthcare in the world the way we know it.” 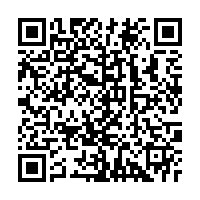