Israeli negotiations with Turkey on renewal of full economic and diplomatic relations hinge, not surprisingly, on an area that isn’t part of Israel or Turkey, namely the Gaza Strip. Or, more to the point, the Turks insist that Israel must allow the Gazans to build a new port, having lived since 2007 under a tight Israeli blockade. With the Hamas’ track record on abusing whatever shipments Israel does allow through the border crossings, using cement to build terror tunnels instead of rehabilitating residential buildings that collapsed during the 2014 war, it’s obvious why Israel would resist such a demand. However, it appears that at least some in the IDF echo the Turkish sentiment, arguing that something must be done to alleviate the suffering of Gaza’s civilian population, and soon.

Military Intelligence chief Major General Hertzi Halevy on Tuesday told the Knesset Foreign Affairs and Defense Committee that the deteriorating economy in Gaza is liable to cause an explosion which would be turned against Israel. MKs who participated in the closed-door meeting told Ha’aretz that Halevy believes the rehabilitation of Gaza is going too slowly, and stresses that an economic improvement would be the best restraining measure against a new war.


But others in Israel’s security apparatus insist that “Whatever enters the Gaza Strip must undergo an Israeli check. If someone is eager to transport goods by sea, they are invited to bring them through the Ashdod harbor.” Responding to news earlier this week that Israel and Turkey are on the way to some agreement on a Gaza harbor, a source in the defense ministry told Walla that “we have no intention to turn a blind eye on anything that’s going into Gaza.”

Only a month ago Israel’s media reported that Hamas has rebuilt its attack tunnels that had been destroyed by the IDF in the summer of 2014, and that, according to IDF intelligence, some of those tunnels reach well into Israeli territory. Meanwhile, reports on the deterioration of the quality of life inside the Strip suggest most Gazans receive only 3 hours of electricity a day, and the Egyptian flooding of the smuggling tunnels reaching into the northern Sinai have eroded the quality of drinking water, especially in the southern Strip. How long, ask those who support the harbor plan, before the suffering population that has nothing to lose throws itself on the border fences, provoking a ghoulish clash with the Israeli military?

There are five alternatives being discussed by the Israeli leadership, to appease to Turks while helping the Gazans without harming Israeli security. One calls for the harbor to be built in El Arish, a sleepy Egyptian town in the north-western Sinai, which is under Egyptian rule. Another is the exotic idea of building an artificial island that would face the Gaza shore, where ships would unload their goods under strict Israeli control. There’s also an idea to build a Gaza harbor in Cyprus; and, of course, there’s the more intuitive idea of building the harbor in Gaza, but wrapping its operation tightly in long-term ceasefire deals. Naturally, as soon as Hamas starts shooting rockets at Israel, Israel could wipe out their nice harbor.

Defense Minister Moshe Ya’alon and most of the military brass are not impressed by any of the above, and continue to insist on delivering the shipments to Gaza the way God intended it to be done — through Ashdod. They boost their position by regularly releasing stories about the frightening things the customs officials are discovering in those shipments — and they’re not making anything up, there’s a hangar down in Ashdod, packed with an arsenal of cleverly concealed weapons and explosives, chemicals and poisons, and, most recently, toy drones. 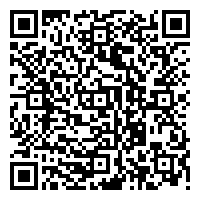