The Simon Wiesenthal Center wants National Basketball Association players to just say no to Kim Jung Un.  The SWC is urging NBA players to refuse to travel to North Korea to play at Dennis Rodman’s invitation, at what really will just be a big birthday celebration for the fascist dictator Kim Jung Un. The event will be held on January 8 in Pyongyang. It is being called (no joke) “The Bang in Pyongyang.”

Rabbi Abraham Cooper, the associate dean of the Simon Wiesenthal Center and long-time activist for human rights in North Korea, issued a statement calling on ex-NBAers to do the right thing.


Paddy Power, the Irish online betting company which had originally agreed to sponsor the NBA Birthday Bash for the North Korean dictator announced that it had pulled out. Paddy Power decided not to support the event, due to “changed circumstances.”  What changed circumstances?  North Korea has been a brutal dictatorship run by megalomaniacal tyrants for quite a long time.

The North Korean government’s latest horror: arresting and executing Kim Jung Un’s uncle, and then bragging about the dirty deed proved to be too much even for Paddy Power.

As word came that the Irish company withdrew its sponsorship of Rodman’s Bang in Pyongyang, the Simon Wiesenthal Center, a leading human rights NGO, urged all former NBA stars to stay away from North Korea.

“Everyone, it seems – except Dennis Rodman – understands that this is not a game  to promote peace, but an undeserved birthday gift to a murderous tyrant who heads a regime with the worst human rights record on the planet,” charged Rabbi Cooper.

“Playing a basketball game in Pyongyang before a handful of cronies of the youthful dictator gives Kim Jong Un an undeserved birthday present that enables Kim to change the narrative for the international media.  It shifts the focus of attention away from his execution of his uncle, on North Korea’s brutal gulag, and his nuclear missile threats against his neighbors.”

“There may yet be a time and place for basketball diplomacy in North Korea, but now is neither the time and Kim’s birthday party isn’t the place for such a gesture. We hope ex-NBAers will do the right thing”‘ Cooper concluded.

A Great Way To Learn Nach 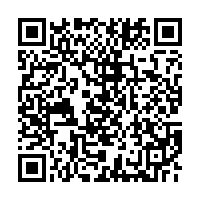