Two sisters from Potomac, Maryland, Jillian Wiener, 21, and her sister Lindsay, 19, were sleeping on the second floor of their family’s vacation home in Noyack, Long Island, when flames broke out around 3:30 AM, killing both, the Southampton Town Police Department reported.

Police said Lewis Wiener, 60, Alisa Wiener, 52, and their son Zachary, 23, escaped from the burning house on Spring Lane in Noyack, Suffolk County after Lewis had been awakened by “the sound of glass breaking.” Zachary escaped through a second-floor window.


Lewis tried to go back into the burning house to reach his two daughters and sustained burns from the intense flames that forced him back. The Sag Harbor Fire Department used a ladder to reach a second-floor window and pull the sisters out, but both were “unconscious and unresponsive.” They were pronounced dead at Stony Brook Southampton Hospital, the police and fire department reported.

The two sisters had attended the Holton-Arms School for Girls in Bethesda, Maryland. Holton-Arms school head Susanna A. Jones wrote the school community: “It is with immense sadness that I write to share with you that Jillian,19, and Lindsay, 21, Wiener passed away this morning on Long Island in an early morning house fire.”

According to Jones, Jillian Wiener was about to start her senior year at the University of Michigan, and Lindsay was starting her sophomore year at Tulane.

Members of the Washington Hebrew Congregation in Washington, D.C., where Lewis Wiener has been a member since 1985 and served as president, were grieving after hearing the news, a spokeswoman for the congregation said on Wednesday. She added:

“The world has lost two beautiful lights today, and the Washington Hebrew Congregation community is heartbroken. Through their leadership and service, acts of kindness, and friendship, the Wiener family – Lewis, Alisa, Zach, Jillian, and Lindsay – has touched so many lives at Washington Hebrew. It was just two months ago that we came together as a community to celebrate with the Wieners when Lew was installed as our Congregation’s president. Now, as a community, we will again come together to support and lift up Lew, Alisa, and Zach in every way possible.”

The parents and their son were treated for non-life-threatening injuries, Suffolk County police reported. 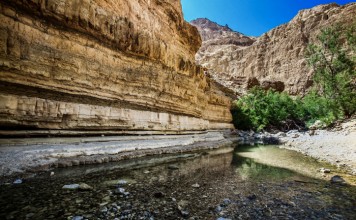