Bill Gates continues to lead the world’s billionaire community, with an estimated total net worth of $85.6 billion, according to the Bloomberg Billionaires Index of the world’s richest people. He is followed by
Warren Buffett with $78.9 billion, Jeff Bezos with $73.5 billion, and Europe’s richest person Amancio Ortega with $69.3 billion.

The richest Jewish person on the current Bloomberg’s Index is Mark Zuckerberg, in fifth place. Co-founder and chief executive officer of Facebook, the world’s largest social-networking company, with more than 1.7 billion monthly users and a revenue of $28 billion in 2016, Zuckerberg is worth $59.1 billion.


Larry Ellison, who was born in New York City to an unwed Jewish mother, is in ninth place, with $45.3 billion, making him the second richest Jew on the planet. Ellison is founder and largest shareholder of Oracle, the database company.

Sergey Brin, co-founder of Google and president of Google’s parent company Alphabet Inc., is 12th on Bloomberg’s list and the third richest Jew in the world. Google handles more than 3.5 billion searches a day and boasted a revenue of $90.3 billion in 2016. Brin is worth $41.8 billion.

Hedge Fund investor and philanthropist Carl Icahn is in 35th place, with an estimated net worth of $20.1 billion. 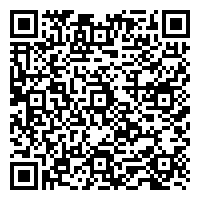