(JNi.media) Reykjavík Mayor Dagur B. Eggertsson announced on Saturday on Icelandic national broadcaster RÚV that Reykjavík City Council is canceling its boycott of all Israeli products, limiting the boycott instead to goods produced by Jews in Judea and Samaria, Iceland Review reported.

Dagur admitted that the original boycott motion approved by the council hadn’t been prepared well enough, but now it would be “changed and clarified.”


“I have stated that it should have been made much clearer in the text [that only products from territories occupied by Israel should be boycotted], although that’s what we had in mind. I will suggest to the City Council that the motion the way it reads now be withdrawn while we discuss the next steps and how to present it,” the mayor said.

Dagur added: “I must admit that I’m angry at myself for not having done this the way I wanted.” He said he was surprised by the reaction to the decision. “I expected a reaction but not on this scale. It appears to be a stronger reaction than when Iceland declared support for an independent Palestine [in 2011].”

Israel’s Foreign Ministry condemned the move, which came “for no reason or justification except for hatred for its own sake.” The ministry added: “We hope someone in Iceland will come to their senses and end the one-sided blindness against Israel, the only democracy in the Middle East.” And Iceland’s Prime Minister Sigmundur Davíð Gunnlaugsson called the decision “ridiculous.” The Simon Wiesenthal Center recommended that Jews not travel to Iceland.

“I had a good conversation today with Mayor of Copenhagen Frank Jensen, who has gone through the same … thing. The first news stories had the same interpretation, that Copenhagen was to boycott all products from Israel, and Frank had to put a lot of effort into correcting it. … That’s part of the project ahead, to deliver a clear message,” Dagur promised.

Here’s a tidbit from JNi.media’s earlier feature on Iceland’s anti-Semitism (Iceland’s Chilly Treatment of Jews and the Freeze on Israeli Goods): In 2012, Rabbi Abraham Cooper of the Simon Wiesenthal Center wrote a letter to Iceland’s radio and TV director, Pall Magnusson, objecting to the reading of Hymns of Passion by Hallgrimur Petursson which were broadcast leading up to Easter. In the Passion Psalms, Petursson repeated the words for Jews—”Judar” and “Gydingar”—fifty times in fifty psalms, in every case with negative associations of dishonesty, hatred, perfidy and pride. But Magnusson denied the anti=-Semitic allegation, and replied, “I strongly believe that your somewhat harsh interpretation of what you call ‘anti-Semitic references’ in the hymns are not justified.” He didn’t explain why they were not justified, except to refer to how old they are. “I ask you to bear in mind that the hymns were written 350 years ago, and they describe the poet’s feelings about events that supposedly took place 2,000 years ago …. and are a cherished part of Iceland’s cultural history and heritage.” Among these cherished verses demonstrating Iceland’s cultural history and heritage are: “The righteous law of Moses / The Jews here misapplied / Which their deceit exposes / Their hatred and their pride.” 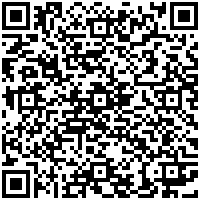