Tony Blinken, who is slated to become President Joe Biden’s senior foreign policy adviser, said on Wednesday that it “would not make sense practically and politically” to reverse President Donald Trump’s move of the US embassy to Jerusalem.

Indeed, Biden has made statements to this effect in the past, reassuring Jewish audiences that he would not order the bulldozers to demolish the US embassy in Jerusalem once it is actually built, to reopen it in Tel Aviv (the exaggerated prose is mine – DI), but Biden has also been careful to stress that he plans to open a US embassy to the Palestinian State, once one is established – in eastern Jerusalem.


Which suggests that keeping the embassy in Jerusalem is not so much a policy that embraces Israel’s view of its being the only sovereign in the holy city, but simply a storefront decoration for a renewed pressure for a two-state solution under a Biden administration.

Now, granted, it is safe to assume that the only reason we’re not seeing the Trump White House applying the very same pressure on Israel through the good services of presidential son-in-law and Jack of all trades Jared Kushner, is that Kushner is too busy running the US effort to defend against the coronavirus. Israel is going to have to man up and annex enough of the liberated territories to prevent a Palestinian State – regardless of who is the next US president. But while Trump has maintained an outright skewed pro-Israel foreign policy, Joe Biden will most assuredly not.

Biden has consistently supported the two-state solution, as he is convinced that it is “the only path to long-term security for Israel, while sustaining its identity as a Jewish and democratic state” (the old Obama-Kerry line about how much they care for Israel’s morality); it is also “the only way to ensure Palestinian dignity and their legitimate interest in national self-determination” (because nothing says dignity like living under the PLO gangsters or the Hamas gangsters); and that it is “a necessary condition to take full advantage of the opening that exists for greater cooperation between Israel and its Arab neighbors” (never mind that those Arab neighbors would let the “Palestinians” go jump in a lake, as long as Israel can protect the region from a nuclear Iran).

For the record, Joe Biden’s policy points in his election literature have very little to say about foreign policy in general. America has enough to worry about these days without trying to force Israel into making impossible concessions. But when times were different, Joe Biden cosponsored the Palestinian Anti-Terrorism Act of 2006 that includes US support for a two-state solution. And in 2007, when asked by JTA about the failure of the Israel-PA peace negotiations, Biden placed the real blame squarely on the Jewish State, saying, “Israel’s a democracy and they make mistakes,” and then saying the PA also had a part in it.

In 2010, in a speech to the Jewish Federations of North America, Biden said “There is no substitute for direct face-to-face negotiations leading eventually to states for two people secured—the Jewish State of Israel and the viable independent state of Palestine. That is the only path to the Israeli people’s decades-long quest for security, and the only path to the Palestinian people’s legitimate aspirations for nationhood.”

And in 2019, Biden said, “At present, neither the Israeli nor Palestinian leadership seems willing to take the political risks necessary to make progress through direct negotiations,” and added that as president he would push “both sides to take steps to keep the prospect of a two-state outcome alive.”

Which reminded rightwing Israelis of that incident back in March 2010, when Vice President Joe Biden said during a visit with Chairman Mahmoud Abbas in Ramallah, that Israel’s approval of 1,600 new Jewish homes near Jerusalem was undermining his host’s faith in the peace process. “It is incumbent on both parties to build an atmosphere of support for negotiations and not to complicate them,” Biden said in a media statement from Ramallah. “Yesterday the decision by the Israeli government to advance planning for new housing units in East Jerusalem undermines that very trust, the trust that we need right now in order to begin … profitable negotiations.”

So it is safe to conclude that just the way all the other policy ideas of the Democratic candidate for president are well inside the box, so is his view on the future of Jerusalem. But that’s not necessarily a bad thing, because just as Joe Biden is eager to keep things stale and unchanging in terms of curbing the Israeli right’s enthusiasm for sovereignty, so has he been turning a deaf ear to the pressure from the American Jewish left, such as IfNotNow. So expect more of the same: overall support for Israel from the Biden administration, with the familiar occasional stab-in-the-back at the UN Security Council.

Frankly, neither Trump nor Biden favor the sovereignty thing. For two whole days following the Trump-Netanyahu White House meeting in late January 2020, when it sounded like (and Ambassador Friedman turned on a megaphone and said it was) Trump gave permission to Israel to annex the settlements and Jordan Valley – but then they walked it back to, well, the Obama-Biden position: Israel gets nothing before there’s a Palestinian State in place, and that Palestinian State better have eastern Jerusalem as its capital.

So, vote Trump or vote Biden, but don’t expect anything different from either one of them regarding Israel, the Palestinian Authority, and that worthless two-state solution. 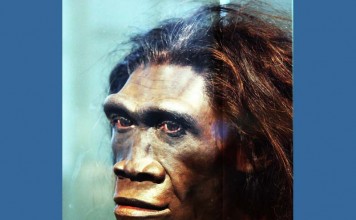