Delaware Governor John Carney stepped up Thursday to condemn the blaze that badly damaged a Chabad Jewish Center in the university town of Newark.

“It’s upsetting to learn this fire at the Chabad Center for Jewish Life was intentionally set,” Carney said in a post on Twitter. “This is a place of worship and community, and this kind of violence is unacceptable. Thinking of and praying with Delaware’s Jewish community.”

Investigators ruled the fire that nearly destroyed the Chabad Center for Jewish Life at the University of Delaware was an act of arson.

The University of Delaware is not yet ready to call the attack an act of hate, however. In its statement posted on Twitter, the university merely “offered support” and said nothing about the ruined plans of those who were looking forward to the opening of the center.

“A fire last night at the Chabad Center for Jewish Life caused extensive damage. Thankfully the building was unoccupied,” UD wrote. “Authorities say there is no evidence of a hate crime at this time. UD is offering support in the face of such a disturbing incident.

No injuries were reported, although it took 45 firefighters and nearly an hour to bring the blaze under control. The firefighters remained on the scene for several more hours after, in order to continue to extinguish remaining hot spots at the scene.

The center on the 200 block of South College Avenue, is run by Chabad-Lubavitch emissaries Rabbi Avremel and Shulie Vogel.

“Chabad at UD is the Jewish student’s home away from home,” as the center is described. “We all need family at some point in time, and when yours isn’t around the corner – Chabad is.”

The fire caused damage estimated at around $75,000 and was intentionally set, according to the Delaware Fire Marshal’s Office. A criminal investigation has been launched.

One week ago, the Chabad Jewish Center in Portland, Oregon was badly damaged in an early morning blaze now being investigated by an arson team.

2-alarm fire at Chabad Center for Jewish Life this morning . Investigators looking for a cause. No one hurt. No damage estimate yet. #fox12Oregon ⁦@PDXFire⁩ pic.twitter.com/cytJyaoUzY

This is the other side of the building that caught fire this morning in SW Portland. ⁦@PDXFire⁩ had to break through the roof to reach the fire in the attic. Investigators on scene now. #fox12Oregon pic.twitter.com/wDNPvxckhi

In February this year, a Florida man was arrested after threatening to carry out a mass shooting attack at Chabad Lubavitch of Southwest Florida in Fort Meyers.

Sheriff Carmine Marceno of the Lee County Sheriff’s Office told reporters that synagogue member Alfredo Sanchez, 43, was arrested in connection with the threat, according to COLLive. A tip had been called into the Sheriff’s Office from “a concerned temple member regarding a threat made against a synagogue in Fort Meyers.” It was also reported that Sanchez offered to sell a firearm to a synagogue member, in addition to a statement he made, “indicating that he had the ability and the means to carry out a shooting at the synagogue.”

In January, the Chabad-Lubavitch Security Commission sent out an email warning that Chabad centers might be targeted by Iran in retaliation for the assassination of Islamic Revolutionary Guards Corps Quds Force commander Qassem Soleimani. The Commission was established following the 2008 terror attack on the Nariman Chabad House in Mumbai that cost the lives of emissaries Rabbi Gabi and Rivky Holtzberg along with four Jewish guests in the center. The Chabad House was one of 12 targets attacked by the Lashkar-e-Taiba radical Islamist terror group based in Pakistan.

At the time (January 2020), the message urged emissaries to “maintain a heightened awareness when out in public and in and around your Chabad House. Report any suspicious behavior or activity to the nearest law enforcement personnel.” 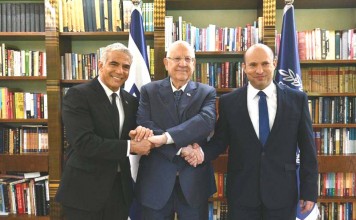 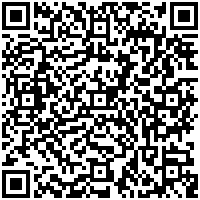