Thousands of Israelis living at and under the poverty line this year were able to enjoy holiday meals along with everyone else, due to the efforts of a centuries-old network.

The kitchens were working around the clock this Sukkot to help those who would otherwise have been alone or unable to put a festive meal on their tables ahead of the Jewish holiday, also known as the Festival of Booths, or the Feast of Tabernacles.

Yisrael Cohen runs the Colel Chabad soup kitchen in the Jerusalem neighborhood of Meah Shearim. “Holiday meals, weekday meals…its always open for those in need,” Cohen said. “Holiday meals with us often include singing and dancing and some words of Torah, which brings a lot of joy to the individuals who come to us.”

Cohen also manages the Colel Chabad soup kitchen location in the Old City, across from the Western Wall. “We often have around 70 people who regularly come to eat with us there,” said Cohen. “It’s a very special place during the holidays where people can feel connected to Jerusalem and connected to each other.”

Apart from food boxes delivered to thousands around the country, the organization also partners with the Israel Ministry of Welfare and Leket, to reach close to 11,000 needy families in 36 municipalities around the country. The effort comes as part of the National Food Security Program and is channeled through a series of projects designed to provide nutritious, wholesome food to homes.

“The understanding is that poverty in Israel can often be addressed by giving families the assurance that it need not be a problem for life,” says Rabbi Sholom Duchman, Director of Colel Chabad.

“Our approach to charitable giving is to focus on food security, which is not simply about handouts, but about giving people the confidence to get beyond the cycle of hunger and living without the basic needs.

“Particularly around the holidays, when families are given the sense that they haven’t been forgotten, we can give them that feeling of confidence that their futures can and will be brighter.”

Families who are part of the Food Security Program are often encouraged to purchase food on their own and gain the tools to cook and manage a healthy home independent of any types of charitable support. This is the vision behind the “Colel Chabad Credit Card” which is sent out with a sum of at least NIS 500 that can be used at any supermarket but is restricted to certain items to avoid purchases like cigarettes or excessive alcohol. In honor of the holidays, Rabbi Yechiel Eckstein and the IFCJ also provided an extra NIS 300 shekel to be added to the cards.

The staff and volunteers at Colel Chabad say they are motivated by their years of experience that show how the holidays can be particularly hard on the lonely and the poor. Where do you go to celebrate the holiday when you can’t afford to pay for your meal, let alone build your own sukkah?

The volunteers and staff at Colel Chabad – and those who get involved with the organization – have seen what that looks like, and they know the answer. 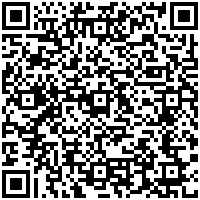