Avi Zinger, the Israeli franchise owner of the ice cream company Ben & Jerry’s, announced on Wednesday that Unilever, the conglomerate that owns the Vermont-based ice cream maker, has extended his franchise in Israel, which would allow him to continue selling Ben & Jerry’s products in the Judea and Samaria settlements. This concludes the controversy that developed last year over the banned sale.

On July 19, 2021, Ben & Jerry’s announced its plan to end sales of its ice cream in “Occupied Palestinian Territory.” When Ben & Jerry’s Israel owner Zinger, who owned the local franchisee since 1987, refused to comply with the new policy, the company stated it was not going to renew his franchise in 2022.


Ben & Jerry’s had suffered criticism and boycotts for operating in Judea and Samaria, most notably from Vermonters for a Just Peace in Palestine/Israel. The company acknowledged it was capitulating (happily) to this pressure, and noted that it was responding to “the concerns shared with us by our fans and trusted partners,” and announcing that its sales operations in Israel beyond 2022 would continue “through a different arrangement.”

The clash between Zinger and Ben & Jerry soon became a clash between pro-and anti-Israel political entities, which soon resulted in severe economic consequences for Unilever, which faced hostile action in several US states, all of which have laws prohibiting dealing with companies that boycott Israel. Illinois and New Jersey were among the states that divested their pension funds from the international conglomerate.

In the end, Unilever announced on Wednesday that it had sold its Ben & Jerry’s business interests in Israel to Zinger, owner of American Quality Products Ltd and the current Israeli licensee. Ben & Jerry’s ice cream will continue to be sold under its Hebrew and Arabic names throughout Israel, including Judea and Samaria. This may imply that Ben & Jerry’s Israel won’t be able to use the name in English, but that has not been explicitely stated.

“Unilever has used the opportunity of the past year to listen to perspectives on this complex and sensitive matter and believes this is the best outcome for Ben & Jerry’s in Israel. The review included extensive consultation over several months, including with the Israeli Government.

Unilever rejects completely and repudiates unequivocally any form of discrimination or intolerance. Antisemitism has no place in any society. We have never expressed any support for the Boycott Divestment Sanctions (BDS) movement and have no intention of changing that position.

Unilever is very proud of our business in Israel which supplies everyday household products to people across the country. Today, Unilever Israel employs around 2,000 people of diverse backgrounds, has four local manufacturing plants, and works with a network of around 2,000 local suppliers and service providers – helping to support the livelihoods of tens of thousands of Israelis across its value chain.

Over the last decade, Unilever has invested more than 1 billion Shekels (around €250 million) in our business in Israel. We look forward to continuing to make a positive contribution to Israel’s economy and society for many decades to come, and hope that Israelis and Palestinians can reach a peaceful resolution of their conflict.”

According to Unilever, under the terms of Unilever’s acquisition agreement of Ben & Jerry’s in 2000, Ben & Jerry’s and its independent Board were granted rights to take decisions about its social mission, but Unilever reserved primary responsibility for financial and operational decisions and therefore has the right to enter this arrangement. 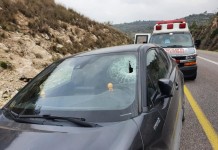 First Half of 2022: Arab Terrorists Committed Over 3,700 Attacks Against Israelis 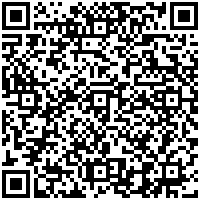