Rabbi Avichai Rontzki, the former Chief Rabbi of the Israel Defense Forces, passed away on Sunday in Itamar, Samaria. He served as IDF Chief Rabbi from 2006 to 2010, at the rank of Brigadier General.

Rabbi Rontzki was born to a non-religious family and became religious during his service in IDF special forces. He did T’shuva together with his wife Ronit, whom he met in the army. Rontzki studied at the religious-Zionist Machon Meir and Mercaz HaRav. In 1980, he established the Hesder Yeshiva in Elon Moreh. In 1984, he was part of the group that established the settlement Itamar near Shechem and founded the local yeshiva which he ran until July 2016.


Rabbi Rontzki wrote the well-known four-volume IDF halakhic guide K’Chitzim B’yad Gibor. As IDF Chief Rabbi, Rontzki expanded the mandate of his unit from supervising kashrut and providing religious services to a much more active role in the army, including increasing the number of battalion rabbis.

Rabbi Rontzki expanded the IDF Jewish Awareness Department which conducts educational activities in IDF combat units. He taught Torah classes in jails and conducted a tour of Hebron for Military Intelligence soldiers, who got to meet then Hebron Chief Rabbi Dov Lior. He issued a letter to officers in the Military Rabbinate in October, 2008, saying “there is a crucial need to connect soldiers with their roots and Jewish values,” stressing that IDF Rabbis must be involved in instilling Jewish values.

He even attempted to force the Army Radio to stop broadcasting on Shabbat, in keeping with the standard army order permitting only operational duty on the holy day of rest.

He passed away on April 1, 2018, after a long struggle with colorectal cancer, leaving behind his wife, six children, and grandchildren.

Rabbi Rontzky’s funeral will depart the Beit Midrash of the high yeshiva in Itamar at 5 PM Sunday and proceed to the Itamar cemetery. 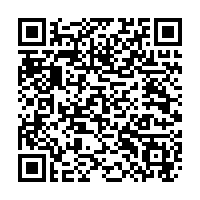