A petition just posted online by the Ruderman Family Foundation states: “Poland, we will never allow you to deny the Holocaust,” asking for signatures to call on the United States to suspend relations with Poland, “In the name of 6 million Jews.”

The video features several American Jews who dare the Polish government to arrest them for daring to pronounce the verboten words: “Polish Holocaust.”


The Ruderman Family Foundation is a private philanthropic foundation established in 2002 in Boston, USA, and headed by Jay Seth Ruderman. The foundation operates in America and in Israel in two main areas: inclusion of people with disabilities in society, and strengthening the relationship between Israel and the American Jewish community, while promoting strategic philanthropy and expanding circles of giving and involvement.

The foundation aims to operate as a non-partisan strategic catalyst in its areas of focus in cooperation with the government, private sector, civil society and philanthropies.

And now the Polish government made them really angry.

(It appears the video has been removed from YouTube) 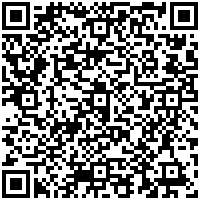