Responding to a claim by Israel’s foreign ministry Saturday night that the Polish law restricting discussion of Poland’s participation in the persecution and murder of millions of Jews would be frozen for the foreseeable future, pending talks with Israel on the issue, a spokesman for the Polish Ministry of Justice tweeted a denial, stating, “In connection with the information provided in the media about “freezing of the Institute of National Remembrance Act,” @MS_GOV_PL informs that every act passed in Poland by the parliament and signed by the president becomes a law and goes into effect according to the date specified in it.”


The Foreign Ministry’s announcement relied on an interpretation of an interview with Polish justice minister Zbigniew Ziobro, where he may have said that the law will not be implemented at this time, before a review by Poland’s Constitutional Court.

Following the Israeli foreign ministry’s announcement of a freeze on the law, Yesh Atid chairman MK Yair Lapid announced that “this is the first victory of the protest we’ve led. The Polish government is freezing the Holocaust denial law is further proof that values ​​should be fought for without hesitation and without fear of what the other side might say. The memory of the Holocaust is not negotiable.”

The mix-up was the result of an over-optimistic reading of a statement by presidential spokeswoman Joanna Kopcińska who told Onet magazine that the act takes effect 14 days from the date of its publication in the Journal of Laws, and added that President Andrzej Duda referred it to the Constitutional Tribunal in a post-legislation control procedure.

The spokeswoman added that Prime Minister Mateusz Morawiecki was talking with the Prime Minister of Israel, teams are being created, and the final decision will be made by the court. But she did not suggest that the law was being suspended until then. 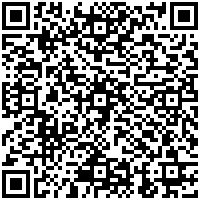