Leftist President Nicolas Maduro on Tuesday compared the mounting international pressure against Venezuela’s government to the Nazis’ treatment of Jews during the Holocaust.

“We are the new Jews of the 21st century that Hitler pursued,” Maduro said in a cabinet meeting. “We don’t carry the yellow star of David […] we carry red hearts that are filled with desire to fight for human dignity. And we are going to defeat them, these 21st century Nazis.”


Needless to say, the Confederation of Israeli Associations in Venezuela, the country’s central Jewish organization, voiced an “absolute rejection” of the president’s “banal” comparisons with the most traumatic event in recorded history in which six million Jews were annihilated.

The death toll in Venezuela’s six-week wave of unrest currently stands at 42, according to official sources. On Monday, violence erupted in many parts of the country, with the opposition forces holding sit-ins and roadblocks, in its attempt to remove the socialist government. 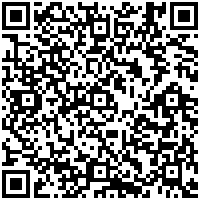