Yad Vashem released a statement in response to the new Polish law that restricts any mention of the Polish people’s complicity in the Holocaust:

Yad Vashem, the World Holocaust Remembrance Center, opposes the new legislation passed by the Polish parliament, which is liable to blur the historical truths regarding the assistance the Germans received from the Polish population during the Holocaust.

There is no doubt that the term “Polish death camps” is a historical misrepresentation! The extermination camps were set up in Nazi-occupied Poland in order to murder the Jewish people within the framework of the “Final Solution.”

However, restrictions on statements by scholars and others regarding the Polish people’s direct or indirect complicity with the crimes committed on their land during the Holocaust are a serious distortion.

Yad Vashem will continue to support research aimed at exposing the complex truth regarding the attitude of the Polish population towards the Jews during the Holocaust. 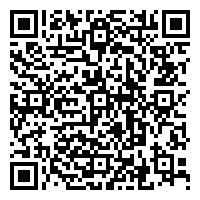