The Jewish Agency for Israel on Monday launched “JReady, the Jewish Emergency Network,” an initiative designed to assist Jewish communities in dealing with the challenging consequences of the COVID-19 crisis as well as with overall emergency preparedness and rehabilitation.

Inspired by The Jewish Agency’s support for global communities during the initial stages of the pandemic, the initiative now known as JReady is being expanded to offer a rich tool-kit of COVID experience, as well as address crises, including the uptick in antisemitic hate crimes around the world. JReady is being launched at the opening plenary of The Jewish Agency for Israel’s virtual Board of Governors meeting led by Chairman of the Board Michael Siegal, which attracted the participation of hundreds of Jewish community leaders from across the globe. JReady was also presented to international Jewish leaders participating in The Day After Global Jewish Forum led by Minister of Diaspora Affairs Omer Yankelevich and Jewish Agency Chairman Isaac Herzog.


Jewish Agency Chairman Isaac Herzog and CEO Amira Ahronoviz decided to establish JReady in response to the devastation the pandemic has caused in global Jewish communities, resulting in the deaths of thousands of Jews and a deep economic crisis that led to the collapse of vital community institutions. The pandemic brought a significant increase in the number of Jews in need, harmed the Jewish education system, and affected the entire fabric of community life.

JReady’s advisory committee is headed by former Member of Knesset Ayelet Nahmias Verbin and includes prominent figures such as Haim Bibas, Mayor of Modi’in-Maccabim-Re’ut who also serves as head of the Federation of Local Authorities in Israel and the Weizmann Institute of Science’s Prof. Eli Waxman, who headed Israel’s National Security Council’s Committee on Combating the Pandemic.

Today, JReady is already assisting Jewish communities, including those in Italy, South Africa, and Peru, in coping with the pandemic. The groundwork is being set to assist the response to future crises by sharing information, experience, and technological capabilities accumulated in Israel and in global communities. JReady is also working with communities to build resilience infrastructure by training local organizations and professionals in emergency preparedness, trauma, and rehabilitation.

As part of the initiative, a first-of-its-kind digital platform will enable Jewish communities to use knowledge and experience accumulated in Israel and worldwide in crisis and emergency situations. The toolbox includes best practices, dedicated courses for community emergency managers, webinars and training with professionals, volunteer management, a chat forum featuring experts from Israel and around the world, and access to advanced research and technologies, such as an Israeli app for food distribution to those in need and a Belgian methodology to alleviate loneliness among the elderly.

The project will connect top professionals in Israel and worldwide who are managing the battle against COVID-19, such as heads of local authorities, school principals, nursing home administrators, experts in resilience and trauma and more. To date, The Jewish Agency has conducted numerous webinars in various countries on emergency preparedness and has held joint meetings between dozens of professionals from Israel and their counterparts in other countries.

The JReady platform was developed by The Jewish Agency in collaboration with a group of volunteer experts who have been assisting Israel in dealing with COVID-19. The Jewish Agency has recruited additional partners for this effort, including the Jewish Federations of North America, Keren Hayesod, the Ministry of Diaspora Affairs and other government ministries, the Federation of Local Authorities in Israel, the National Emergency Authority at the Ministry of Defense, the IDF Home Front Command, Tel Aviv University and civil society organizations.

Chair of JReady, former Member of Knesset Ayelet Nahmias Verbin said: “This is a most challenging and innovative venture. In recent months we have proven the need for sharing information and expertise, especially in communities hard hit by the pandemic. JReady has been busy training emergency managers in South Africa, improving readiness for extreme fires in Australia, and bringing in experts who will help address economic problems in Italy and Costa Rica. The critical interfaces for building resilience exist and JReady will work with Jewish communities to further strengthen their preparedness, including for future crises.”

Chairman of the Executive of The Jewish Agency for Israel, Isaac Herzog said: “Our sages taught us that all Jews are responsible for one another. The Jewish Agency is harnessing Israeli know-how and expertise to realize this important Jewish value and to ensure the safety and wellbeing of Jewish communities around the world. JReady provides an additional layer in the Jewish Agency’s security network, which has been operating for many years within Jewish communities all over the world in a variety of emergency situations.”

Alongside JReady, The Jewish Agency will continue to operate its Security Assistance Fund, which helps strengthen the security measures of Jewish institutions around the world in light of the alarming increase in violent and life-threatening antisemitic incidents.

The Jewish Agency Board of Governors will also address preparations for the expected upcoming waves of Aliyah. Since the outbreak of the pandemic, there has been a dramatic increase in requests to make Aliyah from around the world. Special emphasis will be placed at the Board of Governors meetings on The Jewish Agency’s operation to bring to Israel some 2,000 members of the community awaiting Aliyah in Ethiopia, following the government’s decision on the issue last month. 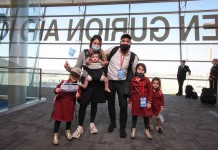 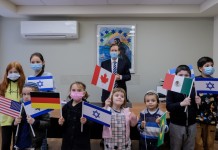 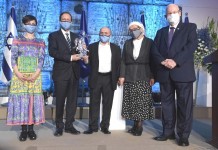 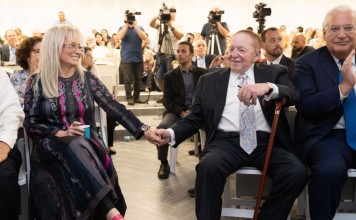 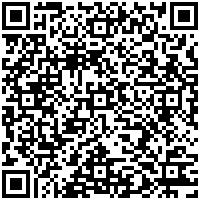