Tens of thousands of Jews flocked to the mystical mountain grave site of the Mishnaic sage, Rabbi Shimon Bar Yochai, to mark the Jewish holiday of Lag B’Omer, the 33rd day in the period between Passover and Shavuot, the Festival of Weeks and the “hilulah” or anniversary of the passing of Rabbi Shimon Bar Yochai, author of the Zohar – the classic text of the Kabbalah.

This holiday is especially cherished in Israel, where thousands of bonfires are lit on the evening of the holiday to commemorate the huge light brought into the world by the mystical teachings of the great sage. This tradition is maintained is some areas outside of Israel as well.

The largest celebration by far is held in and around the tomb of Rabbi Shimon, in the northern Israeli Galilee village of Meron. From the start of the first bonfire until the final ember is out more than 24 hours later, it’s a round-the-clock celebration with singing and dancing and eating.

Another special custom is that of giving a three-year-old boy his first haircut at the tomb of the sage on Lag B’Omer, also called “upsherin” in Yiddish and “halakah” in Hebrew. The ceremony marks the boy’s entry into formal Torah education; it is on this day that he is presented with his first official kipa and talit katan. He is placed before a sheet, prayer book or even a cake, with the Hebrew alphabet – with its letters dabbed with honey so the child learns from the start that Torah learning is sweet – and the little boy is thus granted a taste with every letter he reads.

Some Jews also have the custom of eating carob on Lag B’Omer to commemorate the miracle that occurred during the 13 years that Rabbi Shimon and his son were hiding from the Roman occupation in a cave in northern Israel. A carob tree miraculously grew at the entrance to the cave, providing sustenance for the two occupants while also helping to hide any sign of their presence from the Romans. 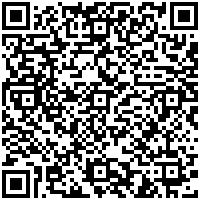