With the new administration coming in Jan. 20, Ambassador David Friedman will most likely be asked to pack up his legal pad and cactus pot and leave his office in the US embassy building he had a direct hand in moving from Tel Aviv to Jerusalem. He was adored by Israel’s right, not so much by the left, and certainly not by the gang in Ramallah. As David Halbfinger reminded us on Sunday, PA Chairman Mahmoud Abbas called Friedman a “son of a dog” and wouldn’t meet him, and Jewish American groups said he was “trying to kill a two-state solution” – trying? He did better than just trying (Strong Views and ‘Close to the Boss’: How US Envoy Reshaped a Conflict).

Halbfinger quotes presidential son-in-law and special adviser Jared Kushner, who was put in charge of Trump’s “deal of the century,” who said that the ambassador “set a very ambitious agenda,” to the point where “quite frankly, toward the end we were almost running out of things to accomplish, because David had gotten done so many things that were unthinkable.”


“Recognizing Jerusalem as Israel’s capital in 2017 and moving the embassy there from Tel Aviv broke with decades of American policy and, critics said, got no concessions from Israel in return,” Halbfinger points out, “And that was only the beginning.”

Having covered Ambassador Friedman since his first day on the job, having read his op-eds in Israeli rightwing publications that easily matched the most extreme views in Yamina and Otzma Yehudit, never mind Likud, I had the occasion to be disappointed when the ambassador was forced to toe the White House and State Department’s line. Friedman sincerely bought the administration’s promise to let Israel impose its sovereignty on a third of Judea and Samaria and urged Jewish settlers to go out there and establish their presence before time runs out – and then time ran out one day later and all the promises had been broken.

But no one blamed David Friedman, who remains to the end a trusted and patriotic American and a true friend of Israel and the settlement enterprise.

Among the changes Halbfinger believes had been crafted by Friedman was the White House’s cutting out the PA’s financial aid and the contributions to United Nations Relief and Rehabilitation Administration (UNRRA), and shutting down the PLO consulate in Washington, DC. He quotes Lara Friedman (no relation), a former Peace Now activist and currently the President of the Foundation for Middle East Peace, an outspoken critic of the ambassador, who noted that some former Obama administration officials having suggested that the Biden administration should “tolerate or even green-light settlement expansion,” as part of the path to peace, and said “David Friedman has every reason to be patting himself on the back.”

Friedman had President Trump’s backing much of the time. Halbfinger relates that somone from the State Dept. called the ambassador soon after his arrival on the job not to attend the celebrations of the unification of Jerusalem, lest he upset the PA. Friedman gave the official a phone number to call, telling him that if the man at the end of that number say he shouldn’t go, he’d stay home. It was President Trump direct number.

This direct access to Trump made Friedman one of the most powerful American ambassadors on the planet, which Halbfinger contends he “exploited to press an approach intended to get the Palestinians to lower their expectations.” Or, as Friedman himself put it, the White House “injected a tremendously needed dose of realism into the Palestinian psyche about what’s achievable and what’s not.”

But Halbfinger quotes the former PLO emissary to DC who has nothing nice to say about David Friedman, who all but destroyed any hopes for a two-state solution. He actually compared Friedman to the mob that attacked Congress last week, saying, “Same logic, same behavior. That’s Friedman. And just as Congress did, the Biden administration will have to wipe the floor of US-Palestinian relations and the peace process completely clean.”

Perhaps the PLO should develop a better sense of humor. 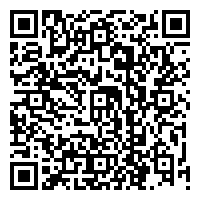