As many as 27% of US Jewish adults do not identify with the Jewish religion, according to Tuesday’s extensive Pew report (Jewish Americans in 2020). They accept being ethnically Jewish, or culturally, or have a Jewish parent, but they prefer to describe themselves as atheist, agnostic, or “nothing in particular,” and not as Jewish. Things get even sadder among Jewish adults under 30, where 40% describe themselves the same way.

These numbers should not surprise those of us who read Pew’s 2013 extensive report (A Portrait of Jewish Americans), which stated very clearly: “Jewish identity is changing in America, where one-in-five Jews (22%) now describe themselves as having no religion.”

So this is also a trend: we may have fewer US Jews, but those who are, are very much Jewish.

“Meanwhile, the two branches of Judaism that long predominated in the U.S. have less of a hold on young Jews than on their elders,” the 2021 Pew survey finds. “Roughly four-in-ten Jewish adults under 30 identify with either Reform (29%) or Conservative Judaism (8%).”

“In other words, the youngest US Jews count among their ranks both a relatively large share of traditionally observant, Orthodox Jews and an even larger group of people who see themselves as Jewish for cultural, ethnic or family reasons but do not identify with Judaism – as a religion – at all,” the Pew survey concludes.

“Jews who wear distinctively religious attire, such as a kippa or head covering, are particularly likely to say they feel less safe. But the impact on behavior seems to be limited: even among those who feel less safe, just one-in-ten – or 5% of all US Jews – report that they have stayed away from a Jewish event or observance as a result.”

The survey’s authors delineated 10 key findings about Jewish Americans, which, from an anecdotal perspective, appear to be reliable: 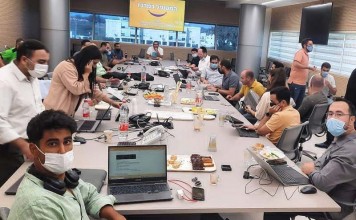 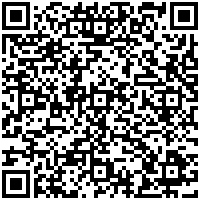