Russian President Vladimir Putin and Prime Minister Dmitry Medvedev on Sunday attended the funeral service of renowned Jewish Russian singer Joseph Kobzon. The singer, a recipient of the People’s Artist of the Soviet Union award, died on Thursday at the age of 80.

Many say that Kobzon was Russia’s answer to American crooner Frank Sinatra.


In 1983, Kobzon was expelled from the Communist Party of the Soviet Union and reprimanded for “political short sightedness,” after performing Jewish songs during an international friendship concert, which resulted in the Arab delegations leaving in protest.

On October 24, 2002, when a crowded Dubrovka Theater in Moscow was seized by some 50 armed Chechens, leading to a hostage standoff, Kobzon risked his life in negotiating with the kidnappers, which led to the release of a Russian mother and her three children along with a British citizen.

Kobzon was born to Jewish parents in the mining town of Chasiv Yar, in Ukraine. As a boy he demonstrated a talent for singing, winning numerous regional singing contests. He reached the national finals on two separate occasions, and appeared in concerts dedicated to Joseph Stalin.

Kobzon recorded close to 3,000 songs, including popular hits like Smuglyanka and Victory Day. His best-known song is Instants from the Soviet TV series Seventeen Moments of Spring (1973). He taught at the Gnessin State Musical College and the Russian Academy of Theater Arts.

Putin expressed his condolences to the singer’s relatives in a telegram published by the Kremlin that reads: “Please accept my deep condolences on your family’s enormous loss – the death of Joseph Kobzon. Joseph D. Kobzon was truly a people’s artist, an outstanding Russian cultural personality, a man of immense inner strength, courage and dignity.” 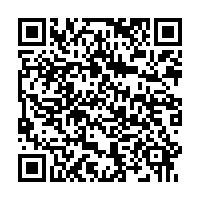