Less than a week before the September 19 vote, the Likud has apparently decided to go all out in attacks on Itamar ben Gvir’s Otzma Yehudit and Ayelet Shaked’s Yamina, Israel Hayom reported Wednesday night.

According to the Likud attacks, their internal polls are showing that Otzma Yehudit, despite the popularity it has been gaining in recent weeks and their rise to 4 seats in three recent polls, will not be able to cross the vote threshold percentage.

Sources close to Ben Gvir said yesterday: “We have a feeling that elements around the prime minister are just pushing him into a unity government [with Blue&White]. After all, the internal polls conducted by his office have also shown a drift towards Otzma Yehudit which is receiving four or more seats. The fear is that Netanyahu has been discouraged from forming a rightwing government, but we are not discouraged.”

On Tuesday we suggested that should Ben Gvir make it into a coalition government headed by Likud, it would most likely turn its stint into street theater that would land him outside the government in short order. Netanyahu knows this, which is why it is much more likely that he would pursue a unity government with Gantz’s Blue&White, moving the Knesset to the left (See: Kan 11 Poll: With 1 Week to Go, Otzma Yehudit Solid at 4 Seats). 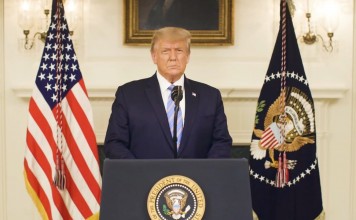